On Alba’s new recording, Henri Sigfridsson makes the most of Palmgren’s brilliant solo parts in The River (Piano Concerto no. 2) and Metamorphoses (no. 3) without reducing them to shallow virtuoso vehicles.

The recordings released by Finlandia Records of the five piano concertos of Selim Palmgren (1878–1951) in the 1990s were welcomed with enthusiasm. While the piano playing was impeccable, otherwise the recording left much to be desired.

On Alba’s new recording of Concertos nos. 1–3, turning to the orchestra of Palmgren’s native Pori seems only right and proper. The Pori Sinfonietta has advanced hugely under Jan Söderblom.

Though this recording is not hands-down sensational, it is a clear improvement on its predecessors as far as the carefully considered interpretations and production values go. This aesthetic suits Henri Sigfridsson excellently, and he makes the most of Palmgren’s brilliant solo parts in The River (Piano Concerto no. 2) and Metamorphoses (no. 3) without reducing them to shallow virtuoso vehicles.

Söderblom is an alert conductor, and even if the strings sound unduly thin at times, there is a passionate attitude to making music that compensates. The filler, op. 78 for violin and piano, is surprisingly substantial. 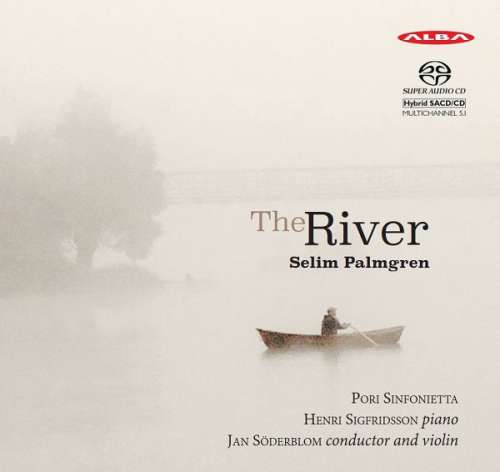 In order to continue improving FMQ, we kindly ask you to take part in our reader survey. It takes about 5 minutes to complete, and participants can take part in a prize draw for two pairs of dark grey Genelec 8010AP speakers. FMQ reader survey