In November 2020, the pandemic situation in Finland has remained calm enough for cultural functions to carry on.* In these exceptional times, there is an unusually great hunger for art, and socially distanced concerts provide a vital antidote to anxiety and uncertainty.

Among all classical music groups and performers in Finland, orchestras have had to make the most conspicuous adjustments to their activities. Programmes have had to be redesigned for sinfonietta-size performing ensembles, and most concerts now have no interval. In most of Finland, the coronavirus situation is not nearly as serious as in the large cities in the south and west of the country. At the concerts of Sinfonia Lahti, for instance, everything seems quite normal, apart from the distancing in the audience at Sibelius Hall. The orchestra performed the entire cycle of Sibelius symphonies at the traditional Sibelius Festival in October.

The Helsinki Philharmonic designed a new concert format for the autumn, with short works forming a coherent programme that also always included a solo dance work. Indeed, there is no reason why a concert in extraordinary times should try to emulate a ‘normal’ symphony concert.

The Finnish Radio Symphony Orchestra has highlighted its role as a national institution, as it is able to cater via radio, TV and the Internet to those people nationwide who cannot or dare not attend concerts. Radio broadcasts and online streaming used to be regarded a by-product of the FRSO’s concerts, but now the live and remote aspects have essentially merged into one.

Into a new lockdown, kicking and streaming

Many European countries imposed a new, one-month lockdown in November. Given the experiences of the past spring, many cultural institutions were already equipped to deal with this, replacing live concerts with live streaming performances or archival recordings.

German musicians responded to the new lockdown in social media with the hashtag #sangundklanglos – songless and soundless. Their video comments include things like staring at the sheet music of Schubert’s An die Musik while a metronome ticks away or standing silently in an empty concert hall. Although safety is paramount in everything right now, artists remind us that we need live performances to carry us through difficult times. Finnish audiences have every reason to be grateful that Finnish artists have not had to fall silent. 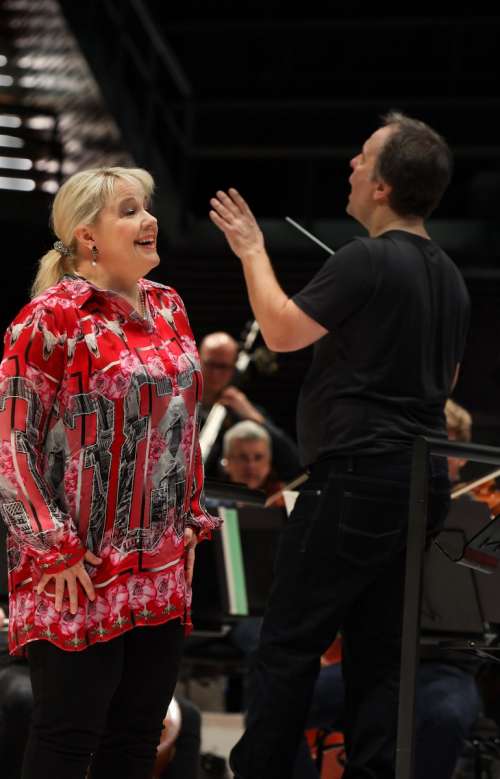 The Paris Philharmonie has been streaming concerts free of charge throughout the coronavirus pandemic. In November, these concerts streamed live but without an audience present include the Beethoven series of Quatour Ébène. On 19 November, Finnish high-flying conductor Klaus Mäkelä conducts Mahler’s Second Symphony. The concerts are streamed live and available on demand thereafter.

In London, the Barbican Centre has offered tickets for attendance in person and for accessing live streams. In November, they switched to streaming only. In early November, Sakari Oramo conducted the BBC Symphony Orchestra, with Anu Komsi as soloist in Accused by Magnus Lindberg. The Philharmonia Orchestra is streaming four concerts live in October and November. Featuring artists include  Santtu-Matias Rouvali and Esa-Pekka Salonen.

The Bavarian State Opera has been a pioneer in live streaming production for a long time. As in the spring, the BSO is offering regular live streams during the November lockdown under the title of Montagsstück, featuring a variety of performances.

Many opera houses delved into their archives in the spring, making recordings available online on demand. In the autumn, free performances have been webcast for instance by the Vienna State Opera and La Fenice in Venice.

The Finnish Radio Symphony Orchestra and the Helsinki Philharmonic stream all of their concerts for free. At its traditional Independence Day concert on 6 December, the FRSO will perform music by Cecilia Damström, Helvi Leiviskä and Einojuhani Rautavaara, among others. On the Day of Finnish Music, 8 December, the Helsinki Philharmonic has invited exciting young musicians to perform a cluster of four mini-concerts, from historical Finnish woman composers to visualised chamber music.

Highlights of upcoming concerts and events:

*Up-date on 20 Nov, 11.40 am: As four municipalities in the Finnish capital region have moved to the spreading stage of the coronavirus pandemic, authorities have declared that all public events involving more than 20 people will be prohibited for three weeks.