PREVIOUS ARTICLES FOLLOWING ARTICLES
"Could emphatic escapism in fact be the best reflection of the current time, where all of us wish that we were living in the past? Perhaps a symbolic farewell to that which is past is the best way to proceed to something new? Accordingly, the concerts at the Time of Music festival in summer 2021 will be memorial plaques of the future," writes artistic director, composer Johan Tallgren in his column.

These days, pretty much everything around us has been curated in one way or another – by an algorithm, a facilitator, an enabler, a storyteller, a content creator or a process designer. Curating is a political word. Its root, curare in Latin, means taking responsibility, and in ancient Rome the curatores or procurators were civil servants in charge of the public infrastructure.

Many young composers declare themselves a curator and an activist on their website. When did the musical world start talking about curating, I wonder? John Cage built installations in the 1970s, and some works created by Stockhausen and Berio around the same time could be described as collages, curated compilations of music. Heiner Goebbels has created original artworks that emerge in a process of dialogue with the other creators involved. His tenure as director of the Ruhrtriennale is regarded as a masterpiece of multi-discipline curating.

Do festivals or creative artists sideline themselves if they define their agenda too strictly? It is important to note that both explicit and implicit curating, design, process building and activism are different and distinct levels of planning. Precisely targeted curatorial activism may spiral into authoritarian aspirations, in which case both the goals and the methodology become counter-productive. In recent years, there has been increasing international critical debate about cases where artistic directors or festivals have nailed their colours to the mast with rather too much vigour or only paid lip service to inclusiveness. This debate has not really found its way to Finland yet.

Ever since the days of Aino Ackté, the consensus on the Finnish music scene is that an accomplished performer can, automatically or in any case with ease, transform into a successful artistic director, even though in the global context this is the exception rather than the rule. A performing artist directing a festival will invite their friends to perform repertoire on which they agree. Programmes become personified, which is fine on a small scale but presents problems as soon as the context expands beyond a handful of people.

The concept of curating has been trending among festivals in Helsinki in recent years. Is designing a concert programme, based on existing repertoire, actually curating, or is it just programme planning without any particularly profound curatorial input? 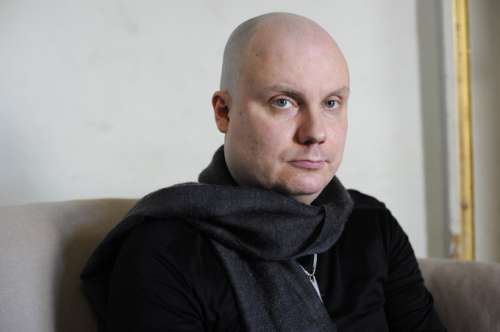 When I was planning the Musica nova Helsinki festival between 2007 and 2013, I was often told that the festival “makes statements” on current topics. In retrospect, I feel that what we did was give artists the opportunity to focus on topics that they felt were of current relevance. Good curating is about bringing together and juxtaposing differing opinions; Oliver Marchart would describe this as conflictual aesthetics. The three cartographic Musica nova Helsinki festivals shaped a thematic trilogy that seemed simple enough on the surface, but the deep structure was a different story.

When I became the artistic director of the Time of Music festival in 2013, it was clear that it would not be possible to engage in such clear-cut thematic programming with a coherent surface level. The venues available in Viitasaari simply did not allow for this. Large cities have venues dating back decades and centuries, each with their own history; small towns obviously cannot boast the same. It makes a difference whether a performance is in a former synagogue, in a café or in a factory. Nevertheless, we have been able at Viitasaari to produce Finnish first performances of several works for whose national premieres festivals in central Europe will fight tooth and nail.

The arts community is currently immersed in its greatest crisis since the Second World War. Last spring, it felt like no one knew the first thing about planning a concert for online performance, and the almost total helplessness of the entire industry was if anything scarier than the pandemic itself. It is surprising how emphatically programming addressing the crisis has been avoided in classical music, which speaks to a deeper absence of relevance and calcified practices. Art is the principal tool for communities to deal with loss, and this is something that politicians need to grasp in the post-pandemic reconstruction in the years to come. So what do we do if the arts community itself is unwilling to deal with this topic? Creating art is a slow process, and we will have to wait years for the finest examples of art responding to the current crisis. It is vital to realise that we will have to express our thoughts on the past year using artworks that already exist.

South Korean philosopher Byung-Chul Han reminds us, in his recent books The Burnout Society and Psychopolitics, that our society was tired and confused even before the pandemic. In today’s chaos of identity politics, we have spent more than a year going through all of our collective rituals remotely and alone. Whenever there has been a major transition in world history, art has showcased nostalgia for the lost era and its values. As an example, the novels of Marcel Proust and the operas of Richard Strauss are elegies to the Age of Empires. Through requiem masses, commemorative works and hommages, music has always served as a means of documenting the end of an era.

The Time of Music festival is currently the only Finnish partner in two major EU projects – Sounds Now and the Ulysses Network – and these will have a major impact on the themes explored at the festival in the years to come. Sounds Now, with nine partners, is the first European contemporary music project to address curating, its purpose being to diversify the practices and communities of contemporary music. It has attracted considerable attention in central Europe and will no doubt introduce new topics into the contemporary music debate in Finland too. The Ulysses Network, established in 2012, creates opportunities for young music professionals. Both of the above are curatorial processes linking nearly 20 festivals. 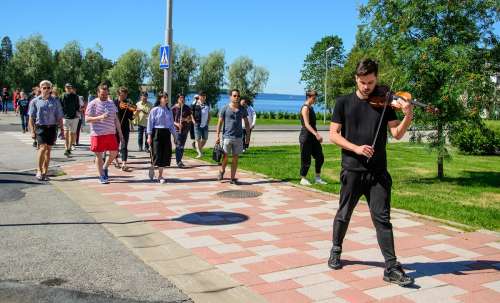 When it became apparent that most of the international guests invited to the Time of Music festival in summer 2021 could not make it and that the programme would largely have to consist of chamber music, it dawned on us just how much repertoire there is that reflects in nostalgic and bittersweet tones on the lost world of bourgeois chamber music. Many socially conscious composers nevertheless love the music of Schubert and Schumann, even though it was conceived in a bygone era whose values now seem largely outdated.

Modern commemorative nostalgia harking back to a lost age is understandably a non-existent genre in Finland, given our relatively short history. Could emphatic escapism in fact be the best reflection of the current time, where all of us wish that we were living in the past? Perhaps a symbolic farewell to that which is past is the best way to proceed to something new? Accordingly, the concerts at the Time of Music festival in summer 2021 will be memorial plaques of the future, so to speak, manifestations of the importance of remembrance. These issues will be addressed for instance by Uusinta Ensemble, Tristero Trio and Kaaos ensemble.

A similar example will be provided by the collaboration between Ensemble Extrakte, a multi-cultural collective led by Sandeep Bhagwati, and the Tölöläb ensemble. The Nagori Rengakai (Memory Linkage Sessions) production will be performed both at Viitasaari and in Berlin during the festival. We will also see a digital rendition of the ancient Japanese tradition of collaborative poetry, renga, which was of interest to John Cage in his day, as musicians send each other videos of improvised music from Viitasaari to Berlin and vice versa during the festival. Progress on this work may be followed in the festival’s digital channels on a daily basis, and the final product will be heard at the Nagori online concert on 10 July.

Another interesting ‘memorial plaque’ is the installation ritual Memorial of Rebellion by composer Brigitta Muntendorf and director Michael Höppner, which is itself a product of the pandemic era. Because their work Songs of Rebellion cannot be performed, they created an installation version that at the same times serves as a memorial plaque for all the rebellions we never began.

Perhaps the juxtaposition of nostalgia and rebelliousness is, after all, quintessential for the time we live in.

The theme of the Time of Music festival 2021 (6-11 July) is "Timeshifts – Memorials for the future". The programme includes in-person concerts, hybrid events, and a 20-minute ritualistic installation that can only be accessed by two people at a time. There will be extraordinarily many Finnish ensembles and artists in Viitasaari this summer as well as several domestic premieres. Due to possible corona-restrictions, the number of tickets has been limited.

A comprovisation for two ensembles in different locations - Ensemble Extrakte, a multi-cultural collective led by Sandeep Bhagwati, and the Tölöläb ensemble – will be live streamed daily from 6 to 10 July.