The Ostrobothnian Chamber Orchestra is now working up even more steam with a view to enhancing its international reputation.

In 2015, the Ostrobothnian Chamber Orchestra won a Finnish EMMA for its disc of works by C.Ph.E. Bach and was nominated for BBC Music Magazine’s Orchestral Award. It is now working up even more steam with a view to enhancing its international reputation. Favourite English Strings would appear to be a deliberate nod in the direction of Britain, where the OCC’s recently-installed Artistic Director Sakari Oramo already enjoys great popularity as Chief Conductor of the BBC Symphony Orchestra.

Moulding a distinctive OCC sound has been easy with the firm foundations laid over a long period of time by Juha Kangas to work on, and Oramo does this by adding volume and greater sonority at the expense of breadth. But the orchestra has lost nothing of its precision and technical prowess.

The Britten Variations, especially the Bourrée Classique and Wiener Waltz, are demonstrations of both individual and joint skills at their very best. The string melodies of Finzi’s Romance are finely etched but not very gracefully. Bridge’s English Songs more than make up for this. 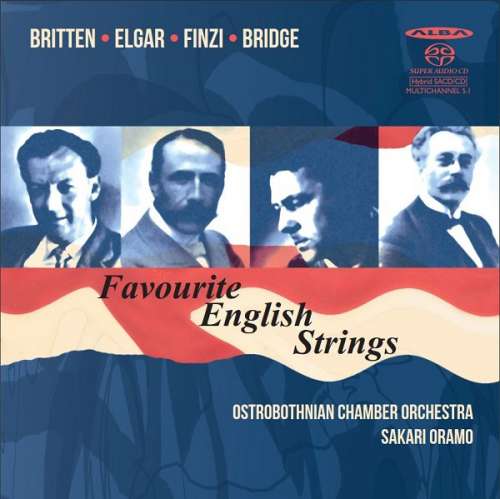