The pandemic year brought a record harvest of jazz by women. While Finland prides itself on equality, there’s still a long way to go on the jazz scene, though.

Along with strong returns by pianist Riitta Paakki and singers Aili Ikonen and Mia Simanainen, 2020 brought promising debuts by AINON, JAF Trio and Superposition. The latter featured saxophonists Linda Fredriksson and Adele Sauros – who appeared on half a dozen releases this year.

Some might date the dawn of women in Finnish jazz to 1937, the debut of the Harmony Sisters, modelled after American close-harmony trios. They scored swinging hits over two decades, but were far from most definitions of jazz.

In the 1950s, ‘60s and ‘70s, a few singers delved into jazz, including Wiola Talvikki, Maija Hapuoja, Carola Standertskjöld, Pia Skaar, Laila Kinnunen and Anki Lindqvist – though some were discouraged from it for fear of endangering their pop careers. In the ‘90s, more singers emerged, such as Mirja Mäkelä, Salokoski and Simanainen.

In the new millennium, pianist Iro Haarla was first to gain prominence as an instrumentalist and composer. She made her recording debut back in 1979 on saxophonist Juhani Aaltonen’s LP Springbird, still in her early 20s. Haarla played accordion and organ on the album – but not piano, which was handled by her husband, Edward Vesala, who also produced the album and played many other instruments.

The following year, Haarla played harp on Vesala’s Heavy Life, recorded in New York with US heavyweights Chico Freeman and Reggie Workman, and on nearly all his albums until his death in 1999.

Haarla debuted as a leader two years later, playing piano and harp in a completely original, deeply spiritual style – much as Alice Coltrane did following the death of her free-jazz pioneer husband.

Haarla remains active, last year releasing Around Again, a tribute to fellow pianist Carla Bley. In late 2020, Haarla was awarded the Finnish Jazz Legend Prize (along with Talvikki) and featured as a harpist and composer on the latest UMO album. 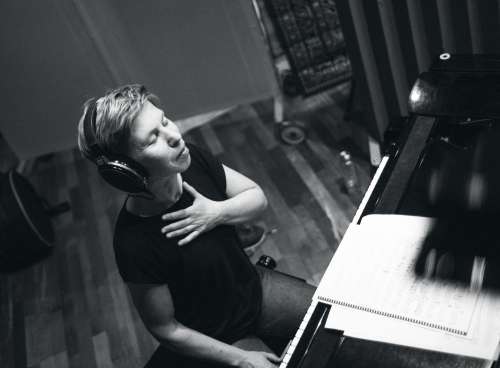 Leading the next generation of Finnish pianists is Riitta Paakki, who won Jazz Finland’s Yrjö Prize in 2019 and holds a jazz doctorate from the Sibelius Academy, where she teaches. In November she released Piste, her sixth album as a leader.

“I wish there were more women in jazz; I don’t know why there are so few. I would think that in Finland in 2020 everybody can do anything and everything. But these problems can’t be solved overnight,” says Paakki.

On the whole though, Paakki feels that professional opportunities are equal for female musicians.

“I’m glad to say that in the jazz world, a man’s euro equals woman’s 100 cents,” says Paakki. “And the media treats women the same as men. It’s become incorrect to mention or emphasize the female-musician aspect. Only the music matters.”

Historically most women in jazz have been singers or keyboardists, but now there’s a richer variety of instruments. For instance, Linda Fredriksson has been nominated as DownBeat magazine’s Rising Star on baritone saxophone, while also playing alto, flute and bass clarinet.

“I see more and more young female instrumentalists and composers in the jazz scene now. But a female instrumentalist is still seen as a bit different or special. At the moment, I think it may even be a benefit to be a woman in jazz, at least when applying for grants,” says Juutilainen. Still, she longs for more gender balance. “It’s partly about aesthetics. What do we consider jazz? Is jazz masculine? In countries where jazz is defined more openly, such as Denmark and Norway, the gender structure is more equal. We still have a long way to go.”

Fortunately, Juutilainen says, “there’s now more openness in what is considered as jazz, and great, open-minded bookers. If we never take risks, the scene will remain conservative, static and self-referential.”

While her own ensemble is mostly female, she does not see this as a statement. “I feel super happy to play with other women. But that’s not the reason why I chose these musicians. I chose each one for their musical personality and abilities.” 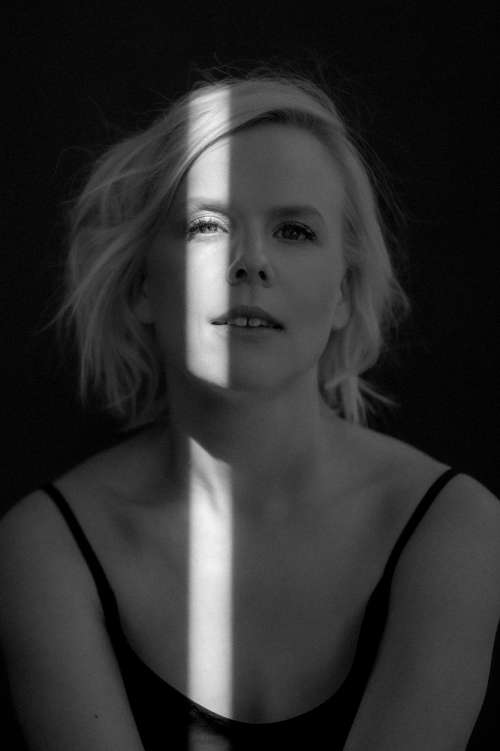 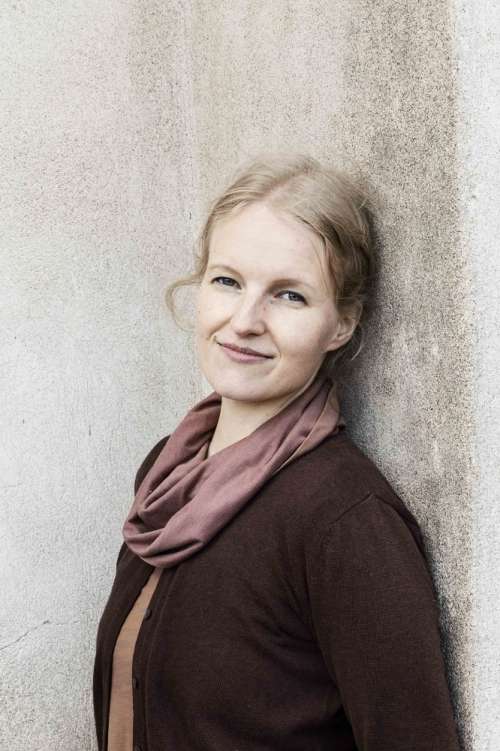 Aili Ikonen started singing at home with her sisters in a trio inspired by the Harmony Sisters. She has become one of Finland’s best-known jazz singers while dipping into pop, musicals and art music. “It’s a good development that one doesn't have to be so genre-oriented anymore. There’s more freedom to combine different styles and make it your own,” says Ikonen.

“As far as gender, my experience is that at the professional level, it's not a question of favouring male musicians when choosing players or directors for bands. Skills and artistic content are the most important. But of course another question is why there aren't more female jazz musicians in general,” says Ikonen.

“There’s been a debate about diversity and unequal structures in the cultural sector, which has a lot to do with the #MeToo movement. It’s sparked discussions about equality in the Finnish music industry, including jazz,” says Silvennoinen. “The work towards promoting non-discrimination and diversity in the music sector is just getting underway,” she says. “There’s still an unequal operating environment.”

Silvennoinen sees a growing number of women leading their own groups. For instance, out of some 70 bands that applied to join Jazz Finland tours for next autumn, nearly a quarter were female-led.

“This signals that they have courage and ambition. Many of them are building international careers,” says Silvennoinen.

“Naturally, diversity does not stop at gender or ethnicity. There aren’t enough role models from other underrepresented and traditionally oppressed groups, including, for example, LGBTQIA+ people and people with disabilities, either,” she says.

In 2016, Jazz Finland joined Europe Jazz Balance, which aims for “a scene where everyone has the same possibilities regardless of gender, age, ethnicity or sexual orientation”. Two years later, Jazz Finland signed on to the Europe Jazz Network’s Manifesto on Gender Balance. That same year Jazz Finland also joined more than 120 other Finnish music organisations in committing to a set of principles promoting equality, non-discrimination and diversity in the sector.

In 2021, Jazz Finland plans more concrete steps, including a diversity survey and implementation of a new equality and non-discrimination plan.

Meanwhile, several Finnish music organisations have joined Keychange, an EU-backed project calling for a 50:50 gender balance by 2022. So far some 200 festivals have committed to the target, including many in the UK.

“Counting acts at festivals though, it’s clear we still have a long way to go in gender parity,” says Sammy Stein, UK-based author of Women in Jazz (2019) and Gender Disparity in UK Jazz (2020). “But there’s now a realisation that change needs to happen. Managers, curators and many others are actively seeking ways to improve the visibility of female musicians.”

According to Stein, festivals that aim for “a more or less equal number of men and women playing say that they now see more women in the audience as well. So it’s a good thing for festivals, audiences and musicians.”

In Britain, 2020 brought the launch of the F-List Directory of UK Female Musicians, which includes a wealth of information including artists’ instruments and region. “Change is happening but it will take a while before it filters through, because it’s happening mainly with young people,” says Stein. “They grow up accepting each other, playing together regardless of any criteria other than how you play.”

Music is a meritocracy

Of course music must be a meritocracy, with artistic choices and promotions based purely on talent, skill, originality and vision. Yet talent is sometimes overlooked. As Stein puts it, “it’s not the lack of women, it’s their visibility.”

"Role models are extremely important. Girls need to be inspired and believe they can reach the same level as any successful artists."

“One of issues is how to get young girls more involved in jazz and playing different instruments, as well as how to enable children and adolescents to choose their musical path without prejudice, irrespective of their gender,” says Silvennoinen.

“Role models are extremely important. Girls need to be inspired and believe they can reach the same level as any successful artists,” adds Silvennoinen.

This extends to the conservatory level. For instance, some 90 percent of the teachers at the Sibelius Academy’s jazz department are men, with women only teaching vocals and piano.

Likewise, more than 90 percent of the domestic acts at the country’s main jazz festivals last year were male. And the country’s only professional jazz orchestra, the state-funded 16-member UMO, has been all-male since its founding in 1975. According to Paakki, who has played with the big band, “it would be nice to see diversity in UMO, which I think all the players in the orchestra agree on.”

The gatekeepers of the domestic jazz industry, too, are still nearly all male, Juutilainen notes.

“The people in positions of power – artistic directors of festivals, teachers, concert arrangers, juries, media and so on – are mainly men. Of course some of them actively support gender equality, but it would be important to have females deciding about the future of jazz, too,” she says.

In the meantime, those in power should go the extra mile to seek out overlooked talent rather than relying on a familiar old-boy network – until the day when the levers are controlled by a more diverse range of humans.

“The foundation of art is equality”, reminds saxophinst Adele Sauros. Adele Sauros Quartet and Jazz Finland take part in the Nordic Jazz Comets Dagsverke –industry event in Copenhagen on February 9–10. Five bands perform at a showcase at Jazzhus Montmartre club and visits applications that use music to promote well-being.