A small country must learn how to adapt, cooperate and innovate. Agility is key. Finland has a high degree of social equality, and in music this means that basically anyone can do anything. Creativity and curiosity are the wellspring of the vitality of contemporary Finnish folk music.

In the course of history, Finland has been ruled in turn by the King of Sweden and the Czar of Russia. As part of their respective realms, we have adopted their administrative and judicial systems, traded with them, learnt their languages, fought their wars and fought each other – and gained cultural influences, music included.

Given this past, it is scarcely surprising that western Finland and eastern Finland differ from each other in so many ways. A few years ago, the science periodical Tiede went so far as to claim in a headline that Finland is home to two peoples. There is undeniably a case to be made for this, as western and eastern Finns even have a different genetic make-up. Today western Finland is more urbanised and has a more diverse business profile than eastern Finland. In folk music, both have a rich tradition, with a key distinction that can be simplified thus: the West is about instruments while the East is about singing.

The pelimanni music, or traditional dance music, of western Finland is rooted in the Swedish tradition. There have been direct connections by sea across the Gulf of Bothnia since time immemorial, and music has passed both ways. Musicians of this tradition played many of the same pieces as those in Sweden and indeed elsewhere in northern Europe: polskas, minuets, polkas, schottisches, waltzes and so on. Listening to a performance by a pan-Nordic ensemble today, it is hard to distinguish from which country each of the musicians comes. Among recent names, we may point to the Floating Sofa Quartet, for instance.

Turning to eastern Finland, the focus is quite naturally on runo singers and vocal groups. This stems from a culture that far predates fiddler music. Its archaic aesthetics share a foundation of tradition with areas of Russia and the Baltic states – even if Finnish folk singing was originally monophonic, unlike that of many of our neighbouring areas. Today, the postmodern ‘eastern feeling’ is perhaps most originally captured by the hilarious Suistamon Sähkö band. It combines a Karelian feel (from both sides of the border between Finland and Russia) with techno music, rap and an unfettered stage show in a sort of Karelian ethno-techno. 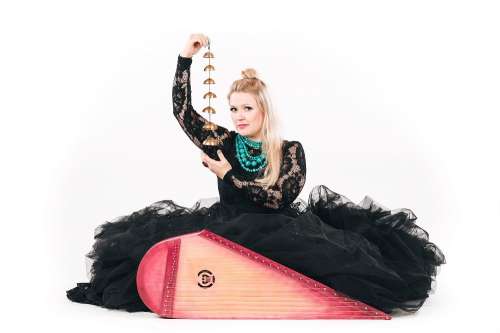 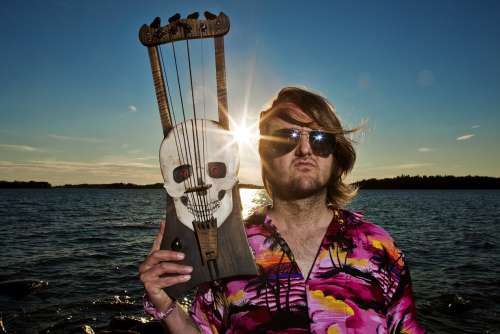 As a result of the National Romantic narrative, Finland’s national instrument, the kantele, is perceived as having emerged in eastern Finland. However, various versions of the instrument have been played elsewhere in Finland too. And we should also remember that there are related instruments among the Baltic peoples: the kannel in Estonia, the kokle in Latvia and the kankles in Lithuania. (See also The kantele – not exclusively Finnish)

The simplest Finnish kantele model, the five-string kantele, is today mainly used in early childhood music education, and an instrument scholar might regard it as a modest effort among the various box zithers of the world. The modern diatonic concert kantele, on the other hand, is a rich and refined instrument, and as such is favoured in both folk music and modern classical music.

Those Finnish contemporary folk music artists who play the kantele generally also sing. Maija Kauhanen, who has recently gone from strength to strength at prominent world music events, is a one-woman band who sings, plays the kantele and adds percussion – impressive even when considered purely as a physical feat! Kardemimmit, a group who tour frequently in the USA, also trust in the bright sound of combined kantele and voice.

The jouhikko, a four-string bowed lyre, is far more of a rarity than the kantele, yet there are performers proficient on this ancient instrument in Finland, even at the professional level. The best-known of these is Pekko Käppi, who is capable of building up jouhikko riffs within his band K:H:H:L to a psychedelic rock trance reminiscent of Led Zeppelin. On stage, Pekko Käppi transforms into an ancient shaman and iconic rock star all in one. (More about kantele and jouhikko here.) 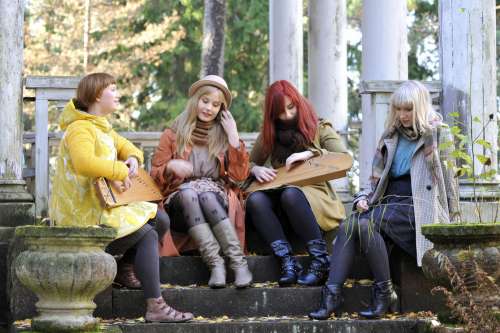 Among more recent arrivals, the accordion has established itself as a highly important instrument in Finland, and our best performers on this instrument are well known abroad. There is Johanna Juhola, who plays colourful fantasy tango and often has a visual element to her performances; the brilliant single-row and two-row accordion specialist Markku Lepistö (Samurai Accordion, Doina Klezmer, ex-Värttinä); and the melodic wizard Maria Kalaniemi, master of ‘bellow poetry’ and an important proponent of the folk music of the Swedish-speaking minority in Finland. Kalaniemi is also a prominent teacher who has brought up an entire generation of Finnish and also Swedish and Estonian accordionists. Antti Paalanen has made it into the accordion major league with a combination of traditional folk music and trance. And then of course we have Kimmo Pohjonen, an accordion visionary completely in a class of his own, who has developed his performances into a fierce and furious ‘surround sound’ show. (More about accordion here.)

The municipality of Kaustinen in Central Ostrobothnia is known for its folk music festival and for its fiddler music tradition, the cornerstone of which is the ensemble of violin, harmonium and double bass. With a population of only 5,000, Kaustinen is home to a number of celebrated musician families, first and foremost among them the Järvelä family. The JPP ensemble – the acronym deriving from its original name Järvelän Pikkupelimannit [Järvelä little fiddlers] – was founded 37 years ago and is still going strong. Frigg, formed by members of the next Järvelä generation, have taken their music towards a modern groove. The violin is by far the predominant instrument on the western coast of Finland, the Swedish-speaking population not excepted. (More about Kaustinen here.) 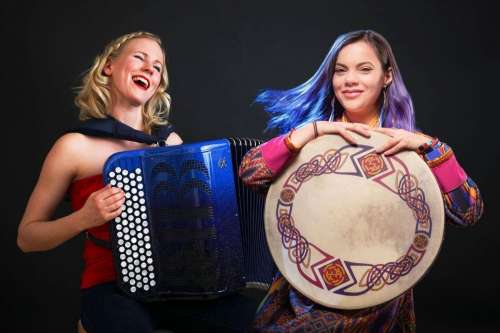 The power of singing in groups

On the whole, new folk music in Finland is instrument-centred. We do not have star singers as in fado, morna, son, Afrobeat or even British folk. Finns tend to sing in groups when performing folk music, and one of the most accomplished groups active today is Tuuletar, a quartet with a sovereign command of the entire toolbox of vocal music tricks, including effects and beatboxing. Their music captures such a fascinating ancient and timeless mood that one of their tracks was selected for inclusion in the soundtrack of the TV series Game of Thrones.

Ancient Finnish singing is dressed in new clothes, but with a more ethnic feel than Tuuletar, by the legendary long-established Värttinä and the more recent arrival Okra Playground. Both derive inspiration from Finland’s national epic and origin story, the Kalevala, and its companion volume of lyrical folk poetry, the Kanteletar. The poetry in this tradition is typically not rhymed and features heavy alliteration. The tunes are narrow in compass and in their purest form quite monotonous, even if the characteristic 5/4 metre may seem exotic and exciting to a foreign listener. New folk music groups tend to use Kalevala-style singing, or runo singing, not in its pure form but as a basis or inspiration. The proof of the pudding is usually in the arrangements. The most lyrical manifestations of runo singing, often with no instrumental accompaniment, may be found in performances by Liisa Matveinen and Tellu Turkka (Suden aika [Time of the wolf]) and the Philomela women’s choir.

The Kalevala is making a comeback this year! Stage director and author Juha Hurme and nationally celebrated singer-songwriter Tuomari Nurmio have fostered a project entitled Kalevala elävänä tai kuolleena [Kalevala dead or alive] to address the question of what the significance of the Kalevala today might be.

The yoik, the traditional singing style of the Sámi, the indigenous people of northern Europe, is practised by a number of internationally successful Finnish performers. Wimme and Ulla Pirttijärvi are old hands, while Solju and Vildá are newer arrivals on the scene. Originally, the yoik involved no pitched instruments, allowing modern performers to build interesting settings and ambiences with a combination of influences to underpin the ancient singing.

The music of the Roma is also a valuable vocal music tradition in Finland; Hilja Grönfors has been its most prolific public proponent for many years.

Contemporary folk music – what does that even mean?

When discussing music made by Finnish professionals in Finland, people tend to avoid the terms ‘folk music’ and ‘world music’. The correct term here seems to be ‘contemporary folk music’, even though this is a bit of an anomaly in the international context. Out of Finnish ensembles, Finns only apply the epithet ‘world music’ to those that include immigrants or foreign musicians, such as BaranBand and MA Rouf, inspired by the sounds of the Middle East under Marouf Majidi, or Helsinki-Cotonou Ensemble combining an Afrobeat with jazz and funk, or the Finnish-Senegalese Galaxy. The Global Music Centre in Helsinki compiles and shares information on the world’s music cultures and has contributed significantly to the work of immigrant musicians in Finland.

Generally, new Finnish folk music makes do without a drum kit and bass guitar, preferring instead to seek inspiration in jazz, tango, classical music, cabaret or European chanson. It is concert music for professionals, principally performed by academically educated virtuosos. A remarkable percentage of those performing contemporary folk music have a doctorate in music.

Master of Music and Doctor of Music programmes are offered by the Sibelius Academy of Uniarts Helsinki, where a Department of Folk Music was set up in 1983. In 2008 the Department received the Womex ‘Award for Professional Excellence’. Heikki Laitinen, the Department’s first Professor, established the far-reaching policy of artistic freedom as a guideline in teaching. Instead of turning folk music into a museum exhibit, it was nurtured to develop further. Musicians were encouraged to use the old, the new and the alien and to invent things for themselves. Professor Kristiina Ilmonen has perpetuated this policy, and multiculturalism has become ever more important with the introduction of the Global Music degree programmes.

Folk music influences are also prominent in the high-calibre music for children being created in Finland. Hilarious examples include groups such as Orffit, Loiskis, Mimmit and Ammuu! 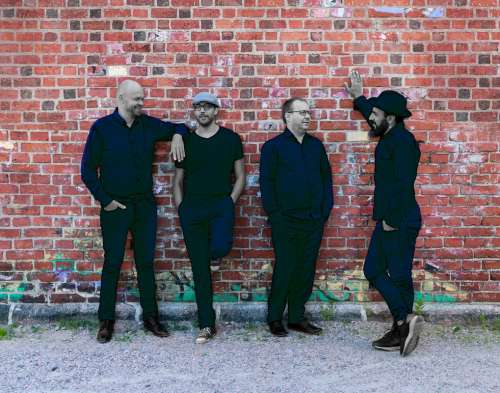 By international comparison, Finland is a giant in classical music, a heavy mediumweight player in folk music and on a par with its physical size in popular music. Contemporary folk music is well established in many ways in Finland, one manifestation of this being the organising of the Womex event in Tampere.

Finnish folk music today has not been harnessed for nationalist purposes or as a vehicle for exclusive identity policy. Music remains music. Recently, though, a feminist perspective has emerged to question how well women are represented in the structures of folk music. Cultural appropriation is also an important current topic, particularly in academic circles.

Of course, no Finnish music is purely Finnish. Composers and musicians have always also looked farther afield for influences. Värttinä in their heyday performed polyphonic folk singing that had never occurred indigenously in Finland, their harmonies being sourced from a number of other peoples, from the Baltic lands and Bulgaria. Or, to take another, more recent example, the roots of Frigg are in Kaustinen in Finland but bluegrass and Celtic influences are at least as important in their music.

So what exactly is Finnishness in contemporary folk music? Foreign fans and commentators repeatedly describe it as a natural feel, freshness and clarity of expression. With a dash of Finnish madness, of course – have you ever seen the harmonica quartet Sväng at a live gig, for instance? There’s loads to hear, see and discover in Finland and in Finnish music!

The kantele - outside the box

The kantele – not exclusively Finnish

Music for cows and wolves

“If our memory fails us, we exist no more…”

Music of the Finnish Romani: roaming and singing