The kantele is seen as Finland’s national instrument and its mythological history is often reinforced: how Väinämöinen, a hero and the central character in our national epic, the Kalevala, builds the first kantele. The jouhikko is another instrument with a long history, known previously by the name jouhikantele (bowed kantele). Its living playing tradition gradually died down but was actively revived during the 20th century.

Despite its mythological background and long history (estimated as c. 2000 years), the kantele is strongly present in modern times. Today, its numerous manifestations range from a small five-string instrument to the electric 39-string concert kantele. The visual look of the kantele has also been updated – these days, the instruments are not always carved out of a block of wood or built from planks. They can be just about any colour and represent a thoroughly modern design aesthetic. Even a skateboard has been used as a body for the instrument!

Modern research is also well informed of the many related instruments which are played across our immediate neighbouring regions, extending the kantele family beyond Finland’s borders and thus making our kantele tradition part of a broader phenomenon. 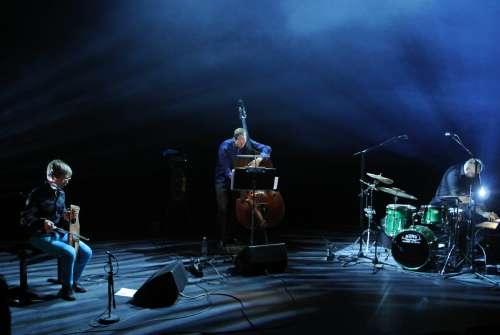 The concept of the kantele includes a whole instrument family which lends itself to very diverse styles of music, ranging from meditative chord textures (Arja Kastinen) to the very latest contemporary music (performed by players such as Eva Alkula and Ritva Koistinen). Many have their first encounter with the kantele at preschoolers’ music play sessions. The small kanteles are limited to just a handful of keys, whereas a large concert kantele can cope with any notes, thanks to its lever mechanism.

Historically, the soft volume of the kantele presented a challenge when playing in an ensemble, but amplification has opened up a whole new world of possibilities for kantele players so they can now play in bands, even in leading roles. This has been done by Senni Eskelinen through her electric kantele music inspired by progressive rock, and by Vilma Timonen with her jazz-influenced quartet, to name a couple.

The many different kantele playing styles and aesthetic approaches coexist peacefully. In recent years, folk music players such as Pauliina Syrjälä and Maija Kauhanen have been actively promoting the so-called Saarijärvi kantele, where one hand plucks the strings with the fingers and the other with a stick, not unlike playing the guitar with a pick.There are also many kantele players who combine singing and playing, such as the ensemble Kardemimmit.

Another stringed instrument with a long history in Finland and the surrounding regions is the jouhikko. Earlier, it was known by the name jouhikantele [bowed kantele], which reflects on the instrument’s perceived image as a kantele played with a bow. The jouhikko playing tradition came to a halt in Finland but was actively revived during the 20th century. Master instrument builder Rauno Nieminen’s work has been crucial in the revival, both through his efforts as a musician (in ensembles such as Jouhiorkesteri and Ontrei) and especially as a builder and researcher. Jouhikkos built by him continue to be seen in the hands of bold tradition revivers.

The jouhikko has two to four strings and its earthy, archaic sound immediately piques the listener’s interest. Many skilful musicians keep developing the instrument further, expanding its range and possibilities. Pekko Käppi is one of the most visible ambassadors for the jouhikko and is increasingly seen performing at rock clubs as well, whereas Ilkka Heinonen has steered the instrument in the direction of both early music and bold avant-garde.

Both the kantele and the jouhikko are strongly present in our times. Pekko Käppi’s jouhikko sound is made up from archaic traditions and an electric edge, and he uses his whole body like a rock guitar hero when he plays. Maija Kauhanen has developed her kantele artistry into an unprecedented one-woman ensemble, singing and playing the kantele and percussion simultaneously and building up to frenzied climaxes. We have come far from the stereotypical impressions where a kantele player is either the mythical Väinämöinen character or a beautiful girl with long hair, dressed in a national costume.

The kantele – not exclusively Finnish

The kantele - outside the box