Author and musician Maritza Núñez has written the librettos for 42 operas to date. In 2018, operas based on her libretti will be performed in Finland, Estonia, Russia and Peru. Here she discusses the art of writing a libretto.

In opera, obviously, the libretto and the music are of equal importance, and they must work well together. A good libretto has an interesting subject and story that allow for solid dramaturgical development. The characters must be complex, realistic and convincing. The architecture, structure and language of the work must be organically related to its temporal dimension, or timing.

A libretto consists of words and silences and is inherently musical. After all, the end product is a musical work, not a stage play. For myself, I aim for a synthesis of expression in my libretti, a level of abstraction such as is found in poetry. The language must explore a wide range of characters and colours, yet at the same time the librettist must ensure stylistic unity.

A libretto must not contain too much or too little of anything. This, of course, applies to all good art. The dramatic tension in an opera dissipates if it is unjustifiably long; but on the other hand, the story and the characters may remain underdeveloped if they do not have enough time to unfold.

About writing an opera libretto

I learned about the importance of timing at an early stage. The internal timing of a work is crucial: the macro and micro levels of the structure must be designed with the precision of a Swiss watch. The librettist must be able to envision the text in a musical space. The libretto must clearly indicate how long a line is, the space for breathing between lines, dramatic pauses, the pace of the dialogue, the bridges between scenes and the condensation and expansion of internal time. This time plan provides the skeleton for the composer’s work.

No composer has ever had to ask me to make cuts to my libretti. The opposite has happened, a composer defending a particular fragment of text because he or she liked it. I am not afraid of the red pencil. I actually enjoy crossing out a line, because I feel then that I am able to let something go that was never needed in the first place. "Kill your darlings", indeed.

There is also no need to fear silence in a libretto. Words generate echoes, and in that resonant space music can say a lot. In some of my libretti, I have written scenes with stage directions and characterisations only, and no actual dialogue. Why use words if a scene for me can work with music alone, reflecting the situation, the conflict, the emotions of the characters and everything that words can only inadequately express?

Often the story or the characters require dance, mime, images, paintings, projections or a particular kind of lighting. One of the marvels of opera is how smoothly it blends all the forms of artistic expression that it embraces.

But part from all that, a libretto must inspire its composer. 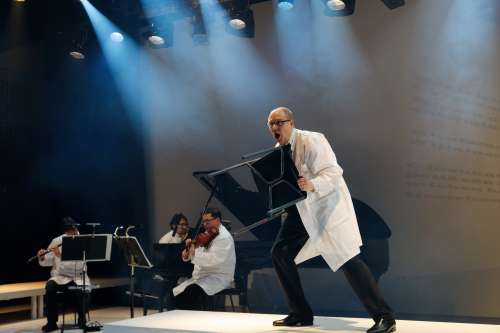 Writing a libretto as a process

There are many ways in which one may begin a collaboration with a composer.

Sometimes I start with a subject or a story that I am interested in writing about. Because I am also a musician, I envision a musical environment that I can associate with a particular composer. In most cases, composers have been interested in the subjects and stories that I have proposed.

In other cases, I have been interested in working with a particular composer and have contacted him or her with a suggestion for a subject or a story. Sometimes a subject may emerge in conversation; sometimes the composer or a third party may suggest a subject. In any case, when collaborating with a composer, I like to get acquainted with as much of his or her work as possible, so as to be familiar with the style and aesthetics.

When I began to write fiction, I asked myself whether I had made a mistake in studying music instead of drama. But I soon understood that it was the other way around: this was the best possible path for a librettist.

When I write text, I imagine motifs, melodies, textures, rhythms, structures with multiple voices, agogical variation within the text, articulations, tempo, dynamics, pauses and musical forms. I can follow the composition process from close at hand. Sometimes when a composer shows me a completed scene, I read the score and make adjustments to the text. Not because the composer asked for changes or because my first version was poor, but because some other word fits the melodic line better. All this is done in dialogue with the composer, of course. Sometimes the composer asks for changes to the text, and I respect his or her wishes. I do not think there is any reason to ignore a suggested change if it can improve the text.

When a libretto is finished, I always engage in a creative and rich discussion where ideas are bounced in both directions in an atmosphere of mutual respect. I accept suggestions made by the composer, and I can provide the composer with musical ideas through the libretto. For instance, in the genesis of the opera Frida y Diego (2014) I had an excellent connection with Kalevi Aho, who had already written five operas by then. He suggested that we swap two scenes around, and I found this to be a good idea. Conversely, in the libretto as in the play on which it was based I envisioned music in a 1920s Berlin cabaret style underlying the parody of Hitler and the marching of the characters. Aho took this suggestion on board in his score.

"There is also no need to fear silence in a libretto. Words generate echoes, and in that resonant space music can say a lot."

Artistic collaboration of this kind is only possible if we accept the principle that I am ultimately 100% responsible for the final shape of the libretto and the composer ditto for the music. This mutual respect is also suitable for the process of staging an opera. The director is responsible for staging the opera, but consultation between the librettist, the composer, the director and the conductor is vital. The director then also engages in discussion with the set, costume and lighting designers, the choreographer and the make-up artist.

The "table read" with the singers is a very important moment in the early days of the rehearsal process. This involves a deep analysis of the libretto, characters and music. Sometimes minor changes to the music need to be made following rehearsals with the singers and coaches, and later with the orchestra and conductor. Therefore it is very important for both librettist and composer to be able to follow this part of the process too.

Every opera is a mystery. The process of genesis is long but fascinating, and I never want to give it up. 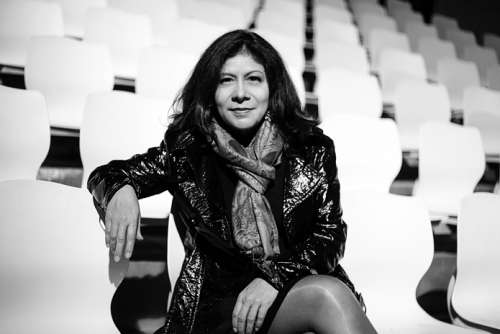 Maritza Núñez’s recent libretti include Federico García Lorca – caso abierto (FGL, open case, translated into Finnish by Pentti Saaritsa), one of the finalists in the libretto competition organised by the Savonlinna Opera Festival in 2016.

Several operas to libretti by Maritza Núñez will be performed in 2018: