For all the passion at the climax of the Balada and the lusty drama of the last of the Four Songs, the music here sings Rautavaara to rest in the rich autumnal tones that are unmistakably his.

One of the paradoxes about the much-missed Einojuhani Rautavaara is that his music should have swung through so many styles early in his career and then settle into so fixed a manner later in life, around the time of his Seventh Symphony, Angel of Light, in 1994. Rautavaara’s late style is a good one: soaring melodic lines over swirling inner parts balanced on nimble bass lines, pulled together in warm modal harmonies.

The four works here present his last thoughts in four genres: the song-cycle Rubáiyát (2014) is his last work for voice and orchestra; Balada (2014, rescuing music from an unfinished opera) his last piece for chorus and orchestra, here with an important tenor solo; Into the Heart of Light (2012) his last score for string orchestra; and the Four Songs from the Opera Rasputin (2001–3, arr. 2012) squeeze some more mileage from his last completed opera. 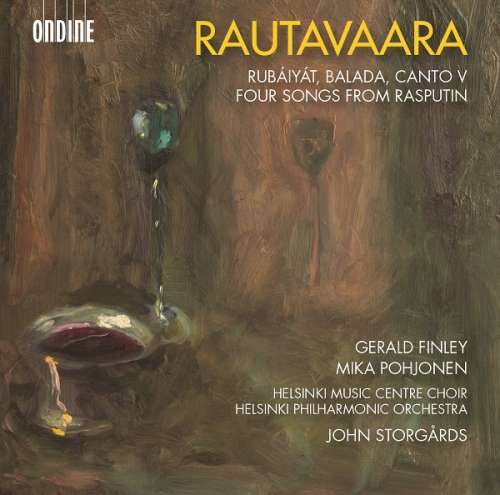 RAUTAVAARA: Rubáiyát; Into the Heart of Light; Balada; Four Songs from the Opera Rasputin