The two clarinet concertos in this album demonstrate Tüür’s ability to suggest huge tectonic forces at work under dancing or drifting textures in higher instrumental registers.

One of the two concertos from Erkki-Sven Tüür in this album is part of this astonishing wave of music: Christoffer Sundkvist premiered Peregrinus Ecstaticus in Musiikkitalo, Helsinki in 2013, with the forces in this recording. The other one, Noēsis, a double concerto for clarinet and violin, was written for Michael Collins and Isabelle van Keulen and premiered by them in Detroit in 2005. Both works are in the ternary fast-slow-fast shape of the classical concerto, though they play continuously, and both demonstrate Tüür’s ability to suggest huge tectonic forces at work under dancing or drifting textures in higher instrumental registers. In this, his music rather resembles that of Magnus Lindberg, who likewise combines a strong sense of harmonic direction under rippling lines of instrumental colour. Except, of course, that Lindberg sounds like Lindberg and Tüür sounds like Tüür.

In some Tüür works – and these two are good examples – those two layers can initially appear to be functioning almost independently of each other, so that when he finally pulls them together, there’s a simultaneous surge of energy and sense of relief. The effect is rather like a long-awaited modulation into a home key in tonal music.

The two concertos are separated here by Le poids des vies non vécues (2014), a twelve-minute processional, dark and solemn, with the strings singing a hymn-like tune which is answered by bird-like cascades from the woodwind and glissandi from the brass. Halfway through, the hymn suddenly reaches out in an impassioned recitative, the imploring string lines provoking the other section of the orchestra into protests of their own. The outburst is short-lived, and the music slowly slips into profoundly sorrowful silence.

Le poids des vies non vécues is both disturbing and moving in this recording; I imagine that a live performance must be a deeply touching experience. 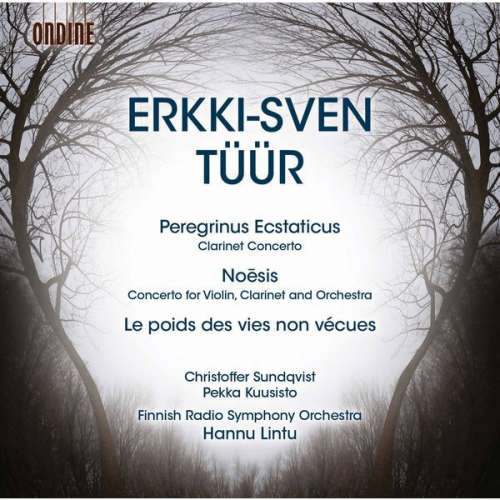