The African music scene in Finland began to evolve in major cities in the 1980s and 1990s, and some of the pioneering musicians who contributed to its genesis are still active in the field today. Ethnomusicologist Elina Seye discusses the early days of African-style popular music in Finland, characterised principally by influences from Senegalese and Congolese dance music.

Many of the African musicians who have made a permanent home in Finland ended up here through a sequence of random events. Marie-Alphonse Liwata is from Congo Brazzaville; he went to the Soviet Union to study and subsequently relocated to Tampere. Liwata had been a civil servant in Congo but had a diverse musical background as well. When he was living in Tampere, an acquaintance of his suggested that he contact a Finnish guitar player who was interested in African music.

That guitar player was Hasse Walli, known in Finland mainly as a rock musician, but he had also been a member of Piirpauke, a band that pioneered a fusion of folk music, jazz and rock in the 1970s. (Read more about Walli and Piirpauke in FMQ's article.)

In the early 1980s, Liwata and Walli collaborated on two LPs that mostly contained pieces written by Liwata: Sounds afro! by Hasse Walli All Stars (1982) and Viva Africa by Hasse Walli Afro-line (1983). These were most probably the earliest albums of specifically African-style music released in Finland; Liwata’s singing in Lingala and French is a prominent feature on both. Many of the pieces are couched in the softly rolling rhythms of Congolese dance music, which has its roots in Afro-Cuban, while others rely on reggae, which was probably more familiar to Finnish musicians at the time. Walli’s guitar melodies also show clear influences adopted from African styles of guitar playing, while the arrangements reflect his and the other musicians’ background in rock and jazz. (See Hasse Walli All Stars and Liwata at Yle Areena.) 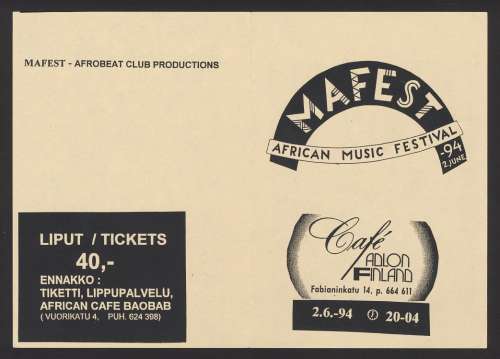 Liwata himself says that he learned how to be a professional musician in these ensembles led by Walli. He and Walli soon parted ways due to artistic differences, however, and Liwata returned to his earlier architecture studies in Tampere. He continued to make his own music alongside his studies. He had to teach rhythms to his own Afro-rock and Tobina bands from scratch, as young Finnish musicians had considerable difficulties in getting their heads around Congolese rhythms. This is where the situation now is very different, according to Liwata: today, it is easy to find Finnish musicians who are comfortable with playing in a variety of African styles.

When the recession of the 1990s hit Finland, Liwata returned to architecture and largely abandoned music. Having retired from his career as an architect, he has had more time to think about music again. He returned to the stage at the Fest Afrika festival in 2017, after a hiatus of nearly 30 years.

From Finland to Senegal and back

Senegalese mbalax is a style of African popular music that is particularly well represented in Finland. It was born in Dakar as popular Senegalese bands playing Cuban-style dance music began to add elements from local music traditions. The considerable popularity of mbalax in Finland is largely due to the interest of multi-instrumentalist Sakari Kukko (artistic director of the aforementioned Piirpauke) in music styles of the world, which led him at the turn of the 1980s to Senegal and the Gambia. On these trips, he ended up performing particularly with the Senegalese band Étoile de Dakar.

Étoile de Dakar was one of the major players in the development of the mbalax style based on traditional sabar drum rhythms. Its members included the then upcoming vocal talent Youssou N’Dour, who would go on to make this style of music known worldwide. Kukko thus got in on the ground floor, so to speak, in the evolution of mbalax with the people who were giving birth to the style.

Kukko describes Ndjai as underrated in Finland, because his style of guitar playing is not about demonstrating virtuoso skills like a rock soloist; it is more about supporting the piece as a whole. Also, many of course resented the fact that an African musician was playing pieces founded on the bedrock of Finnish folk music, such as Piirpauke’s greatest hit Konevitsan kirkonkellot [Church bells of Konevitsa]. Yet Ndjai can be heard not only on Piirpauke albums, but also for example on Valkoinen kupla [White bubble] by Eppu Normaali, one of the classic albums of Suomi-rock.

Kukko has involved other Senegalese musicians living in Finland in his later projects, such as Humbalax, which cheerfully mixes up humppa [older Finnish dance music] and mbalax, and the acoustic Sakari Kukko Afro Chamber, which performs West African songs arranged by Kukko.

Hasse Walli went with Kukko to see the music scene in Senegal and Gambia in the early 1980s and got so interested in  mbalax that he moved to Senegal in 1987 with the intention of setting up a band of his own with local musicians. Known as Asamaan, this project was actually a succession of several bands, since the lineup kept changing. Some of the members of Asamaan eventually migrated to and settled in Finland, and as a result at least half of all Senegalese nationals resident in Finland in the early 1990s were musicians.

Hasse Walli & Asamaan actively toured festivals in Finland between 1988 and 1992 and released three albums. They did not score any hits except in Senegal, but they had a steady string of gigs in Finland too, until the 1990s recession almost completely killed the market for live music. A few years ago, Walli set up a new version of Asamaan in Senegal, but because of the strict visa policy of the EU he never managed to realise his plans for touring in Finland with this new band.

Pape Sarr, who played bass in the first incarnation of Asamaan, had met a number of people while touring Finland and later decided to return. He asked his former colleague, percussionist Yamar Thiam, to join him, and they performed mostly on the traditional sabar and tama drums. They were joined by singer and saxophonist Rane Diallo, who had also come to Finland with Asamaan and who back home in Senegal had been a member of Étoile de Dakar and of Youssou N’Dour’s Super Étoile.

These three began to set up a new mbalax band with Finnish musicians but soon realised that they needed a guitar player familiar with the style and thus invited the young Libasse Sall to come to Finland. A while later, they were joined by drummer Ousseynou Mbaye, and the core group of Galaxy was thus complete by 1992. However, Galaxy typically perform with a lineup much larger than this quintet, with the addition of keyboards and horns.

Galaxy got off to a promising start, as their first album was received with interest in both Finland and Senegal, but the recession soon emptied their calendar in Finland. The band was inconvenienced by Finland’s location on the periphery of Europe, because although there was interest in the band’s music elsewhere in Europe, the travel costs were so high that organisers in central Europe preferred to book local African bands. Nevertheless, Galaxy continued touring in Finland every now and again until recently.

Over the years, Galaxy as a whole and its individual members have collaborated with numerous Finnish musicians and ensembles. Some Galaxy members, under the collective name Senegalese Drums, have appeared with jazz sax player Eero Koivistoinen and the jazz band Krakatau and in the massive Global Balalaika Show of the Leningrad Cowboys.

In 2005, Galaxy were awarded the Suomi Prize of the Ministry of Education and Culture, one of the most distinguished State awards in the arts. 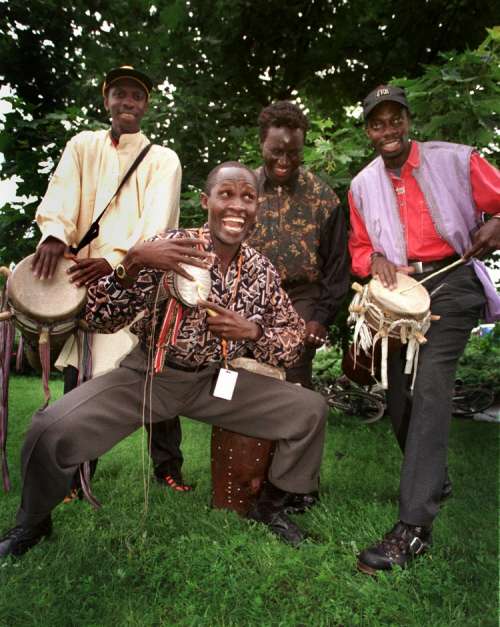 While Senegalese mbalax has enjoyed a relatively prominent presence on the Finnish music scene for several decades, other African popular music has been much less represented. Among African popular musicians active in Finland in addition to the above, we may mention Zambian singer Bina Nkwasi, Tanzanian DJ Fidelis Tungaraza and three further musicians who came to Finland with Hasse Walli: Malang Cissokho, Ndioba Gueye and Meissa Niang.

There have been many African-Finnish combos of various descriptions over the years. Local bands here have performed in genres such as Ghanaian highlife music, but many of them have left no trace of themselves apart from brief mentions in event announcements or individual tracks on compilation albums. Some of the musicians involved have left Finland or given up music and are thus difficult to find to ask them about their musical activities here.

There are also enthusiasts and performers of traditional styles of African music in Finland, but that is a story for the second article in this series. 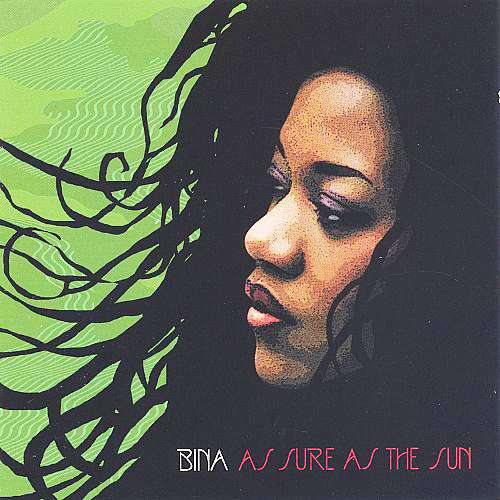 This article is an outcome of the project ‘History and significance of African musicians in multicultural Finland’ of Music Archive Finland (www.musiikkiarkisto.fi) and the Global Music Centre (www.globalmusic.fi), funded by the Kone Foundation and by the Finnish Music Foundation (MES).