Is it OK for a Finn of the majority population to put on a fake Sámi costume bought in a joke shop and perform a Sámi yoik? Or to put on a feather headdress and dance a Native American dance? Where do we draw the line between cultural interaction and cultural appropriation?

The world is constantly changing, language and communication included. Our increasing determination to strive for social equality forces us to re-examine the ways in which we talk about other people and other cultures, especially when it comes to relationships between the majority population and various minorities in the same society.

Such changes in conventions are periodically subjected to public debate: Should old brand names be replaced with new, supposedly less offensive ones? Do old entertainment programmes contain unacceptable reductions to stereotype? Should a children’s book be published in a new translation because of the racist language of the existing one? May cultural symbols of minorities be used out of context?

This might be an opportunity to stop and take a good hard look at our own attitudes and opinions.

All of the above applies to music too. We might well discuss this from the perspective of Finnish music culture. After all, how would we define Finnishness in music? Or, from a somewhat different aspect, how are ethnicities represented in music created in Finland?

I aim to address these issues in my forthcoming ethnomusicological doctoral dissertation. In my research, I discuss the following: the Syrian singer Ebdo Mihemed*, who became an online phenomenon dubbed ‘Pensselisetä’ in Finland in 2009, and the related public discourse (Aaltonen & Kärjä 2010. ‘Mediating music through humour: the birth of Pensselisetä’. Musiikki 40:2); world music compilation LPs and the cultural exoticism in their sleeve notes (Aaltonen 2016. ‘Crate-Digging Columbuses and Vinyl Vespuccis – Exoticism in World Music Vinyl Compilations’. In Intercultural Masquerade. New Orientalism, New Occidentalism, Old Exoticism. Berlin & Heidelberg: Springer); the digital distribution of world music and the accompanying re-aestheticisation of cultures; and a handful of Finnish world music bands and how they represent various cultures.

My study shows that there are numerous cultural mediators in the field of world music who redefine various kinds of music for various consumer groups. Also, cultural exoticism is used as a marketing tool and distinguishing factor. This leads to the othering of (musical) cultures, which renders otherness ‘safe’ – assigning it a role, pigeon-holing it, stereotyping it and reducing it to a simplistic exoticised representation of its ethnic characteristics. This is done partly to make culture and the world easier to categorise and partly to tame, dispel and simplify otherness in order to buttress one’s own culture and identity.

[*Translator’s note: Ebdo Mihemed’s online fame in Finland relied on YouTube videos with Finnish subtitles provided by a Finnish user attempting not to translate but to transcribe his lyrics as if they were in Finnish, with predictably bizarre and vaguely obscene results. The name ‘Pensselisetä’, derived from one such video, translates as ‘Paintbrush Uncle’ or just ‘Paintbrush Man’.] 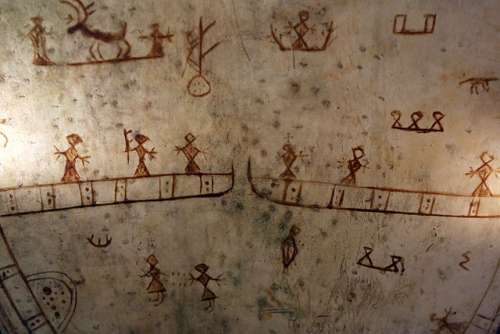 The representation of ethnicity in music is not a random process; it reflects the thinking of the people doing it (musicians, performers, producers) regarding what is considered ordinary and normal and what is considered unusual and exotic. Deviating from the mainstream can be a positive way of differentiating oneself on the market. Ethnicity, or more accurately ethnic stereotyping, is also often regarded as fun and comical and hence entertaining. Music created with this kind of mindset and the thinking and attitudes reflected in it in turn shape the attitudes, assumptions and perspectives of its listeners and viewers concerning the underlying music and culture.

But what kind of a conception does one acquire of an alien culture through a humorously presented stereotype? Is it positive and accepting or one-dimensional and, at worst, racist?

It is easy to imagine world music and folk music as fighting for the underdog, because these genres are marginal ones on the Finnish music scene. However, these genres also prominently illustrate the privileged status of the majority population as regards which things may be talked about and how, and which things may be performed and by whom. For the majority population to use the cultures of minorities or otherwise underprivileged population groups in ways that the minorities in question themselves do not approve of is not at all the same thing as those minorities similarly appropriating the culture of the majority.

Cultural exoticism is often unconscious and goes unnoticed amidst creators’ and performers’ aims to add new ingredients to their work, even when they are deliberately paying homage to the culture they are referencing. Nevertheless, it is worthwhile to be aware of the debate around this topic and the hierarchy of power it involves.

The questions I posed at the beginning may seem trivial or strange to members of the majority culture. After all, they rarely need to think about such things. Yet this is the elephant in the room: inequality and discrimination are becoming an increasingly embedded feature of our changing society. This debate is going on in all branches of the arts, and certainly in music too the issues of where to draw the line between cultural appropriation and cultural interaction will continue to be discussed with increasing intensity.