It can take a while before you realise that Heikki Sarmanto actually is playing an old standard song. That’s why it is both an under- and overstatement to simply say that Sarmanto plays standards on his solo piano twofer CD.

Sarmanto, born in 1939, is today considered a pioneer of Finnish modern jazz. Since his debut in 1969, he has made some 50 plus albums.

The Berklee alumni collaborated early in his career with the likes of Sonny Rollins, Art Farmer, and George Mraz. In 1971 he was awarded at the Montreux Jazz Festival in both piano and combo categories. As a composer, Sarmanto has also created larger orchestral and choral works.

Open Skies is a collection of 22 solo piano tracks, recorded live in 2011 and 2012. While most of the material is based on the American Songbook (9 originals are included), Sarmanto doesn’t necessarily state the melody in the beginning, but delves often deep into the music, improvising over and beyond the original changes. Sometimes the theme is only stated at the end of the song.

The pianist plays well-known songs such as Honeysuckle Rose or Tenderly, but also rarely heard ones like Jersey Bounce or What Am I Here For by Duke Ellington.

Distinctive for Sarmanto – both as composer and performer – is the peculiar juxtaposition of major and minor. His touch is vibrant and confident, which fits perfectly the occasionally rather singular harmonics. 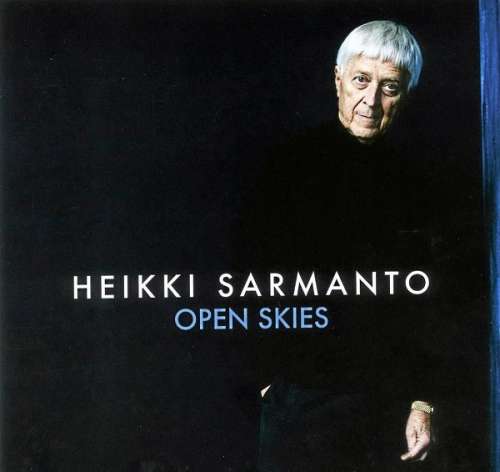