Even though the Tampere Biennale has been accused of estranging their audiences in the past, its ethos, in the 2000s in particular, has been to promote pluralism and to question borders between genres and different art disciplines. At the same time, the event has widened its search for the new and the different, looking beyond the mainstream of the institutional contemporary music scene. Equipped with this history, the Tampere Biennale looks towards this coming spring. 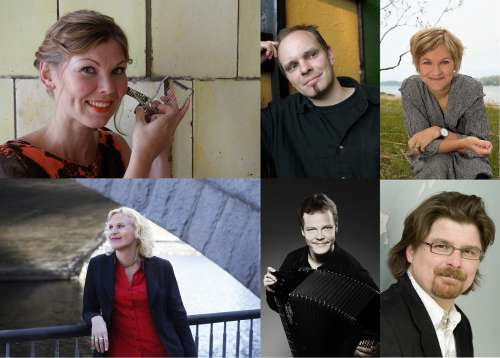 Minna Leinonen, Kimmo Kuokkala, Lotta Wennäkoski, Asta Hyvärinen, Veli Kujala and Markus Fagerudd are among the composers whose new work will be performed in Tampere.

Composer Sami Klemola, the current Artistic Director of the Tampere Biennale, has nominated “free radicals” as the theme for this year’s festival. This theme refers to the freedom of creating art, as well as the many different fringes of contemporary music, the scene beyond the established institutions, and the questioning of the existence of borders. The theme also seems to refer to the active interaction between different combinations: in chemistry, free radicals react readily and are involved in many kinds of processes of change.

On a practical level, the theme is manifested through an unusually large number of new works. In addition to the festival’s two commissions, a large amount of other new works as first or second performances will be presented by visiting soloists, ensembles and the Tampere Philharmonic Orchestra. The festival’s programme is thus guaranteed to be fresh this year, despite the inclusion of modern classics from Usko Meriläinen to Esa-Pekka Salonen, as well as internationally celebrated new works such as Lotta Wennäkoski’s Flounce, which was premiered last year at the BBC Proms.

Max Savikangas’s sound installation titled Isle of Bliss (Lintukoto) is one of the festival’s two new commissions. The installation, which will be open at Galleria Rajatila for several weeks, underlines the festival’s strong commitment to sound art. This trend, which has been further strengthened under Sami Klemola’s artistic leadership, is further manifested this year through a series of kinetic art exhibitions, created in collaboration with the Tampere Art Museum. Tampere Biennale is no stranger to the borderlines between different art disciplines. It has a long history of presenting a variety of installations and other works combining sound and visual art. Nevertheless, multi-art works have often had the role of being a curiosity or an experiment in the programme. Only in the last few years have they established themselves as a fully-fledged part in the festival’s programming.

The other commissioned work is Veli Kujala’s Taz, which will be performed on Saturday by the ÄÄNI Collective. The ensemble itself is a great example of yet another dimension of the festival’s theme, the manifestations of free art which move across time. This collective of young musicians comfortably combines music with other art forms and new kind of contexts for contemporary music performance.

The pride of place in the festival’s programme is traditionally the new commission by the Tampere Philharmonic Orchestra, which is this year Industrialis by Kimmo Kuokkala. The list of other works either composed this year or receiving their first performance is staggeringly long and includes large works such as a chamber opera, video installations, works challenging the limits of performance and music theatre, and many others.

In the theatre of sound

The line-up of this spring’s Tampere Biennale includes three international ensembles, The Riot Ensemble, Ensemble Garage and the Esbjerg Ensemble, as well as two visiting saxophonists, John Butcher and Anna Högberg. For a festival focusing on new Finnish music, this year’s Tampere Biennale includes an impressive amount of international repertoire as well. The festival, which began in 1986 with a “100% Finnish content guarantee” has grown more and more international by the year, and when a couple of decades ago “international” would mean focussing on music from a certain country, now it is natural that guest artists come from all corners of Europe.

Ensemble Garage’s programme embraces one of this year’s Biennale’s central sub-themes, the theatre of sound. Their concert presents works stemming from the combination of music, performance and multimedia expression, with one of their seemingly most curious trans-media works being Tytti Arola’s Kahvi (Coffee) which combines music with smells, whereas Mika Hyytiäinen’s Queen Bee is a “concerto for music theatre”, hovering somewhere between music and performance.

The theatre of sound will also be seen and heard throughout the festival in other programmes relying on performance elements, such as shopping centre performances by the Dayjob Collective, which is a group of composers, musicians and performance artists.

Ever since the inception of the festival, one of the Tampere Biennale’s trademarks is their evening club, which has provided an arena for alternative ways of contemporary expression, from jazz all the way to electronic music. This year, the evening club presents a whole range of experimental music in its many shapes and forms, co-produced with the Mental Alaska Collective, who have been organising experimental music concerts since 1999. 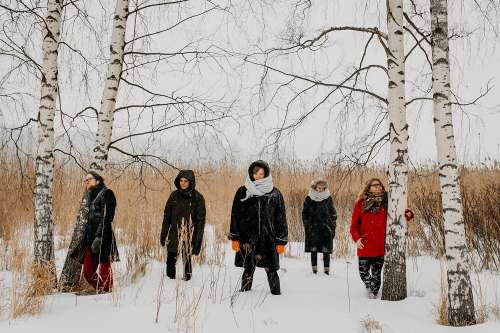 The whole city as a stage

One of Finland Festival’s reasons for choosing Tampere Biennale as the Festival of the Year is the Biennale’s ability to “utilise the urban environment of Tampere”, stating that the festival has become “one of the most important contemporary music meeting points for professionals and open-minded audiences alike”.

These words would certainly have pleased Usko Meriläinen, who started the festival in a bid to break the Helsinki-centric focus of contemporary music and for Tampere to evolve as a cultural city.

Ever since 1986, the Biennale has evolved side by side with the local music scene and its infrastructures. In the past few years, the festival has spread widely across the city and offered new aural perspectives into the urbanised environment. This year, the city can be inspected in a new light, for instance through open ears in a shopping centre, at a gallery tour or during a guided sound walk with the Virtual Urban Sonic Acupuncture mobile app, developed by Josué Moreno. 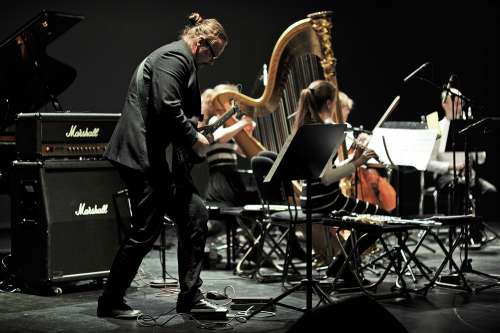 Ville Raasakka, All clouds are not data clouds II, 2018, fp 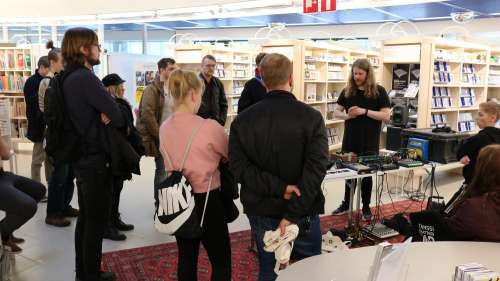