The Tampere Biennale once again showcased a broad spectrum of new music from home and abroad. Instead of the mainstream, the festival focused on the margins of creative musical art and explored interfaces between branches of the arts.

Those were the parameters for the Tampere Biennale contemporary music festival held from 11 to 15 April. The festival has been showcasing new music since 1986. Its original purpose was to promote new Finnish music in contrast to the internationally oriented Helsinki Biennale (now Musica nova Helsinki), founded five years earlier. Since then, the Tampere festival has become more international, though its focus remains at home.

This year’s festival was the second of two whose artistic director was composer Sami Klemola, and his signature was very prominent at both. He turned a keener eye towards marginal phenomena, interfaces between genres of music and between various branches of the arts, to performance art and to experimental projects. The experimental approach was also apparent at the club nights,

which have often represented a sort of release from the intense challenges of the concert repertoire but which now feature many experimental performers.

It remains to be seen what direction the festival will take in 2020 with recently appointed artistic director Jennah Vainio.

To be sure, experimental things have been seen and heard at the Tampere Biennale before, but they became much more prominent during Klemola’s tenure. The motto of this year’s festival, ‘Free radicals’, is very appropriate.

Experimentation and exploration of borderlines and margins are of course not without risk, as became apparent at this festival too. For instance, some of the works in the performance-art-ish concert given by Ensemble Garage from Germany came across as haphazard sketches or otherwise obscure in their meaning. This is not to say that they were without interest, though.

There were two other performing groups from abroad: The Riot Ensemble from the UK and the Esbjerg Ensemble from Denmark. The repertoire of the festival overall was somewhat more international than usual, so much so that only just over half (55%) of the 40 or so works performed were Finnish. Although internationalisation is justifiable by any number of arguments, one cannot avoid contemplating whether this programming represented a statement vis-à-vis the founding conception of the festival.

Though experimentation emerged as a theme of sorts, the spectrum of styles was broad. The concert given by the Tampere Filharmonia, packing an impressive punch, was a commendable nod towards the tastes of wider audiences, without in any sense being a compromise; the composers on the programme were Lotta Wennäkoski, Esa-Pekka Salonen, Kimmo Kuokkala and John Adams. The comic opera Silvia ja minä [Silvia and I] by Markus Fagerudd was also among the more accessible works performed. 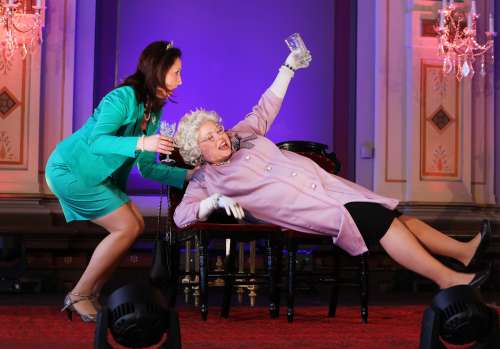 The Tampere Biennale has traditionally been a major platform for world premieres, and this year was no exception. The festival had commissioned two works: Taz for chamber ensemble by Veli Kujala and the sound installation Lintukoto [Isle of bliss] by Max Savikangas.

Kujala’s work was performed at the concert of ÄÄNI-kollektiivi, a newish group founded in 2015, offering its young musicians the opportunity to revel in a virtuoso performance of an unabashed mishmash of styles. The sound installation by Max Savikangas formed part of the festival’s investment in sound art, which was displayed at several galleries.

Savikangas had contributed what amounted to a ‘soundscape’ where visitors might spend any amount of time they wished, as opposed to a ‘composition’ with a beginning and end in the traditional sense. This soundscape was mysterious, exotic and full of colour.

The largest number of world premieres (5) was logged at the bandoneon recital given by Kristiina Kuusisto. The dramaturgy of this programme created what amounted to a single musical entity rather than a sequence of independent works; the performance incorporated speech, elements of drama and the video work Omakuva [Self-portrait] by Riikka Talvitie.

All the composers featured in Kuusisto’s recital were women, and gender equality was in general very well served at the Tampere Biennale. Nearly 45% of the works performed were written by women. Another deliberate statement by Klemola, perhaps? 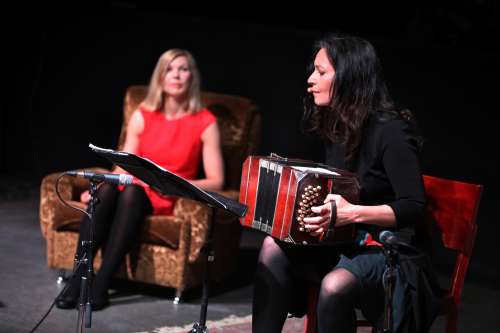 Of the remaining premieres, Angular Objects in Liquid Time by Veli-Matti Puumala was exactly what the title promised: angular, edgy, rough and complex, yet also compellingly intense. It was performed by defunensemble, whose concert was one of the best at the festival overall. All clouds are not data clouds II for flute and tape by Ville Raasakka brought together the sensitivity of the flute and ominous background sounds in a thought-provoking way. Kimmo Kuokkala, dubbed the ‘shaman of Jyväskylä’, contributed Industrialis, a stylishly and coherently executed piece based on a simple idea, juxtaposing the shimmering roughness of the strings and the quirky rhythms of the percussion.

The most extensive Finnish premiere was the comic chamber opera Silvia ja minä [Silvia and I] by Markus Fagerudd, a jocular but eventually sobering description of an imagined meeting between Queen Elizabeth II and Queen Silvia. The two women get off to a prickly start, but as the gin in the bottle grows less and less, they begin to discover common ground in their lives.

The deliciously caricatured characterisations by director Tiina Brännare carried the performance smoothly. Brännare had also co-written the libretto with Eppu Nuotio. Johanna Rusanen-Kartano as Elizabeth and Riikka Hakola as Silvia were certainly up to the task as far as stage presence was concerned, although their diction was at times not as good as it might have been.