Finnish instrumental rock band Siinai and Canadian singer-keyboardist Spencer “Moonface” Krug share a taste for melodrama and heroics – as suggested by the title of their first album together, Heartbreaking Bravery.

That was recorded in 2012, when Krug was living in Helsinki. He’s since moved back to Canada and restarted Wolf Parade, the band that earned him indie rock stardom in the last decade.

The second, cheerier Siinai collaboration was mostly recorded in Finland, with Krug later adding vocals, including a female choir. As on their own stellar albums, Siinai tap into hypnotic ’70s German krautrock, especially on “Prairie Boy”, where Krug spins one of his tantalising tales over their propulsive 4/4 motorik beat.

His melodic and lyrical mastery shine on “City Wrecker” – which could be a Generation Y follow-up to Joni Mitchell’s “Last Time I Saw Richard” – as well as “The Nightclub Artiste” and “The Queen of Both Darkness and Light”, haunting tunes that bookend the album.

Vocally, this is one of the prolific Krug’s most enjoyable albums, as he’s mostly moved on from his earlier vibrato-laden mannerisms. Still, it would be fascinating to hear an instrumental version of the album with the full power of Siinai. 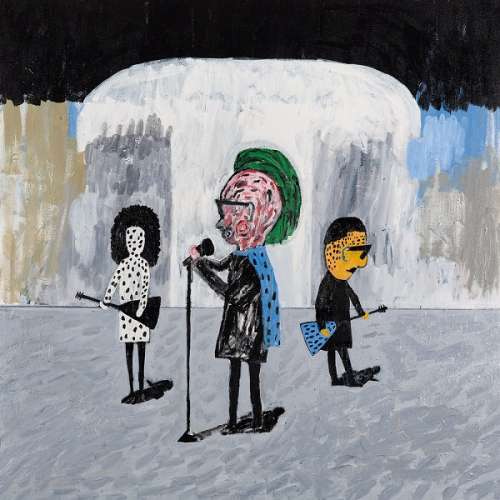