PREVIOUS ARTICLES FOLLOWING ARTICLES
“If we wish to experience music as a genuinely questioning, searching, challenging and revitalising art form, should it not reflect the diversity of the world around it much better?” Kimmo Korhonen interviewed two proponents of diversity and plurality in music: a researcher, Docent Juha Torvinen PhD from the University of Helsinki; and a musician, violinist Linda Suolahti, artistic director of the Musequal festival.

Composing Western art music is traditionally regarded as the province of white, middle-class, heterosexual men, thus being heavily tilted towards a specific social class, race, sexuality and gender. There are exceptions to this rule, to be sure, but the bias is very obvious.

In 2021, the UK-based Donne Foundation published a listing titled Equality & Diversity in Concert Halls, examining the programming of 100 top orchestras around the world in the 2020–2021 season. Only 5% of the works programmed were written by women. Black and Asian composers, men and women, accounted for a combined 3.5% of the works programmed. The top ten composers featured were Beethoven, Mozart, Richard Strauss, Brahms, Tchaikovsky, Schumann, Mahler, Ravel, Sibelius and Dvořák – all of them white European men and all of them, safely, long since deceased.

Can a repertoire so heavily skewed possibly reflect the reality in which the music sector now operates? If we wish to experience music as a genuinely questioning, searching, challenging and revitalising art form, should it not reflect the diversity of the world around it much better?

Docent Juha Torvinen PhD from the University of Helsinki heads a project conducted by six music scholars and funded by the Kone Foundation, titled Music researchers in society: Advancing social justice through activist music research. The purpose of the project was to dismantle oppressive and unsustainable cultural practices in music, in research and in society at large.

“It’s not until quite recently that we’ve begun to talk about systemic oppression in music,” says Torvinen. “Many have been surprised that such a thing exists. The thinking used to be that there is something like ‘pure music’ that is unfettered and independent of social conditions. But the notion of ‘pure music’ is absurd.”

Torvinen uses the term ‘systemic oppression’. Are those not quite strong words?

“The emphasis is on ‘systemic’. The structures in the world of music have evolved through history, and we are unwittingly influenced by them. It is useful to be aware that it is the structures that are oppressive, and people operate and think within them. Not even music scholars are unaffected by this systemic oppression.”

The research project headed by Torvinen highlights a number of aspects of the phenomenon. His component study focuses on the relationship between contemporary art music and society and the environment. Other component studies focus on: the establishment of gender equality and the history of women in Finnish classical music; the history of forgotten or suppressed music; the norm of Whiteness and the practices of racialisation in the music industry and in music studies; the power for change of music in sports; and updating notions of the political nature of music. 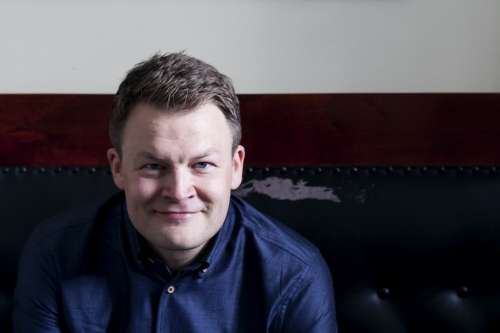 Call for action and awareness

The aforementioned research project is in itself an action towards dismantling systemic oppression. He stresses that it is important to become aware of such latent structures:

“The tradition is largely governed by Romantic and early Modern sensibilities. We need to be aware of the underlying structures and to take action against them. Things are in fact changing for the better. One counter-argument that is frequently made is that we need to uphold old ideals. To be sure, we don’t need to change absolutely everything, but there are many things that absolutely need to be changed.”

The exclusion of women is the facet of systemic oppression in music that has been the most heavily debated recently. There are multiple historical and societal reasons underlying it.

“Certainly women were allowed to make music in the past – but only up until they got married. They were neglected in histories and in repertoire. Old conceptions die hard. It is often posited that women have been excluded on the basis of quality criteria, but those criteria have also evolved over a long period of time and under the influence of the structures in society at large.”

Introducing a quota for works written by woman composers has been proposed multiple times. Torvinen has his doubts about this approach.

“It would be wonderful if the gender balance were better. We just need to strive for more equitable representation, and there have been improvements in this respect. But there is still much to do.”

Woman composers are not the only group of musicians to have suffered from exclusion.

“There is plenty of ageism in the culture of music too. Art music is largely about performing old composers who have made it into the canon, but then there are many who vanish away as they grow older. We should ask why certain composers suddenly become uninteresting. Black composers also suffer from a profound stigma, and they find it difficult to get exposure. There are huge, massive cultural differences at work here.” 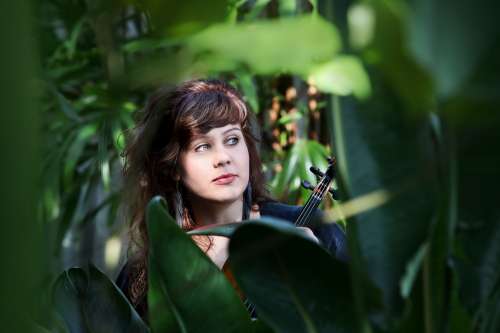 For violinist Linda Suolahti, the issue of equality in the world of music is personal in multiple ways.

In 2020, she brought her voice to the #MeToo debate in Finland by reporting on the culture of humiliation that she had experienced as a female student in the 2010s. Although the #MeToo debate has cleared the air and improved the situation, inappropriate behaviour is still a thing. According to a recent survey by the Finnish Musicians’ Union, no fewer than 76% of those working in the music industry have encountered inappropriate comments or sexual harassment in the past two years, particularly women, non-binary persons and young people.

Linda Suolahti, who was 2nd Leader of the Chamber Orchestra of Lapland until 2020, takes equality issues to heart. She has addressed them for instance at the Musequal* festival, which she set up in 2016.

The first edition of the festival was held in Hämeenlinna, but the subsequent ones have been held in the neighbouring municipality of Janakkala. Suolahti recalls the origins of the festival with some amusement:

“There was a certain amount of suspicion in Hämeenlinna about the woman composer theme, it was dismissed as a ‘nice sort of girls’ thing’, and the City would not provide any support. Feminism was not yet the megatrend that it is now, and in this respect, circumstances have improved substantially.”

The Musequal festival programmes woman composers primarily, but not exclusively. In May 2022, violinist Antti Tikkanen guested as artistic director, and the roster of composers included both women and men.

“The main thing is to create feasible programmes rather than trying to shoehorn something in for its own sake,” Suolahti explains.

In Suolahti’s work, equality issues extend beyond gender, since exclusion may also be engendered by sexual orientation or race. “In 2021, I established a concert series titled ‘Break out of the bubble’. In autumn 2021, it included music for instance by Samuel Coleridge-Taylor, a Black British composer. If the funding comes through, in 2022 the event will feature the music of Errolyn Wallen, a Black British woman born in Belize.”

Sometimes the shortage of women in concert programmes is explained with a shortage of repertoire. Suolahti considers this to be an unsustainable argument:

“It could be a stop-gap solution, a tool to make musical circles sit up and take notice. In my experience, attitudes tend to be rather conservative. The thinking is ‘Why should I change anything, I already know Sibelius and Brahms and Mahler, why should I learn this Overture by Bacewicz, which is difficult for the violin and requires extra work?’ ”

Suolahti notes, though, that the problem is not just with attitudes; there are also purely practical difficulties involved.

“Sheet music of works by historical woman composers is often not readily available. The works may have been published by substandard publishers, the sheet music may be expensive and thus out of the reach of smaller orchestras. Musicians do not have these works ready to go, as is the case with core repertoire, so you cannot just book someone to perform an unknown work by an obscure composer at short notice.”

“In many cases, teachers teach what they know and do not bother to learn new repertoire. My first teacher explored a diverse repertoire, and when I changed teachers, I discovered that I’d been playing quite different pieces than other violinists. It is important to create new editions of music and make them available to students, as with Toisia suomalaisia viulusävelmiä [Other Finnish works for violin] edited by Mirka Malmi and Tiina Karakorpi, featuring pieces for violin and piano written by Finnish women between 1886 and 1936.” [Read also the review of Malmi and Karakorpi's album with the same name here.]