PREVIOUS ARTICLES FOLLOWING ARTICLES
Endorsing equality in classical music in artistically meaningful and organic ways is no small endeavour. Yet, this was the very goal undertaken last weekend at Musequal Festival* in Janakkala, circa hundred kilometres north from Helsinki.

In the post-#metoo era, arts organizations have been heart-warmingly unanimous in proclaiming their aspirations for equality, but on many occasions, the results have been rather superficial. Better than nothing, perhaps, yet all too often the actions taken come down to taking very small steps in programming, while, at the core, it is just business as usual.

The simple solution, of course, is to walk down the cancel lane. Undoubtedly deserved on some occasions, these initiatives tend to turn out counterproductive in the long run, however sincere they may be. Thus, the real solution seems to lie in establishing genuinely fresh approaches to commissioning, programming and presenting noteworthy musical works by composers from different genders, ethnic and societal backgrounds, aesthetics and approaches.

In this respect, last weekend’s Musequal Festival in Janakkala came off as one of the most promising affairs around. As manifested by the ideology of the festival organiser, the Musequal collective, the festival aims to promote equality in terms of equal realisation of human rights and the equality of people as members of a nation. According to the collective, the main goal is to make the forgotten works of historical female composers more public and enable them to become regular repertoire among both large institutions and individual actors.

With Artistic Directors Antti Tikkanen and Linda Suolahti at the helm, the two-day festival consisted of five concerts, performed at various locations around Janakkala, alongside a preliminary mid-week evening in Helsinki. The festival programming revolved around the multi-faceted music of its Composer-in-Residence, the Iranian-born, Europe-based Rouzbeh Rafie. In addition, notable contributions from Cecilia Damström were featured, alongside new commissions and premieres from Mikko Heiniö and Ylva Skog. 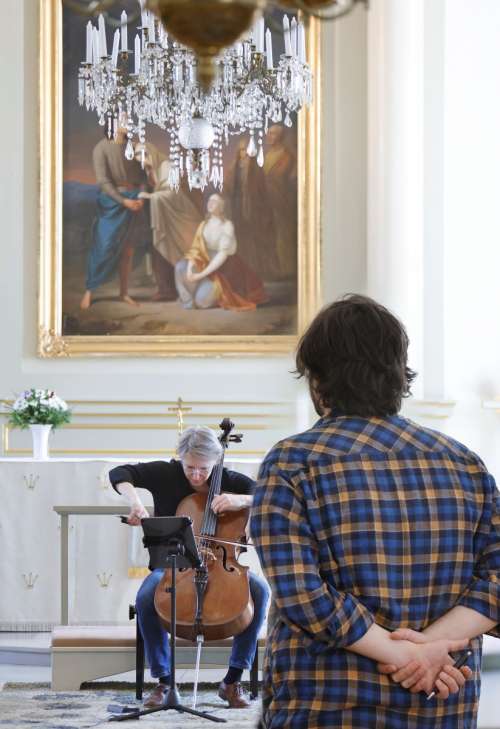 Historical and more recent works by female composers included Dora Pejačević’s Piano Quartet (1908), Amanda Maier-Röntgen’s Piano Trio (1873-74), Grażyna Bacewicz’s Polish Caprice for Solo Violin (1949), Ann-Elise Hannikainen’s Duo for Violin and Piano (1984) as well as Kelly-Marie Murphy’s Give Me Phoenix Wings to Fly (1997). What is of key importance here, besides the music itself, at the Musequal Festival, promoting women composers was not left to female musicians alone.

Also noteworthy, the festival proved that it is indeed possible to put up a series of top-class concerts without the usual big names, save from two solo pieces by Sergei Prokofiev and one short Bach transcription, played on the kantele. In terms of aesthetics, the festival endorsed an extended stylistic arch from baroque to various contemporary idioms, from modernism to post-minimalism. Looking at geography, however, the festival remained somewhat Eurocentric, with only a handful of composers from North and South America featured, alongside Rafie.

The festival attendance was notably local. Each of the five concerts were played at a different venue, covering the main settlements in Janakkala. Thus, music was indeed brought to the people. Yet, given that there was no service on local bus routes on weekends, some of the performance venues possessed logistical challenges to those without a car at their disposal. Carpooling was indeed an option, but one had to be in the know about those, since they were mostly unannounced. Thus, in terms of accessibility, there are some problems to be solved, as always with small-budget events.

True to the Musequal ideology, equality was promoted through performance and programming, both of which spoke volumes for themselves. Most importantly, nothing was dumbed down. Instead, the audiences were presented with the new and unusual, albeit in intimate and casual manner, but always without compromising the artistic quality. Take, for example, Rafie’s Karân (2021) for solo cello and live electronics, performed by Kati Raitinen on Saturday evening. Inspired by a haiku by Matsuo Bashō, the twelve-minute piece examines the idea of horizon in musical terms, combining several traditional and extended techniques, in dialogue between the soloist and the electronic part. 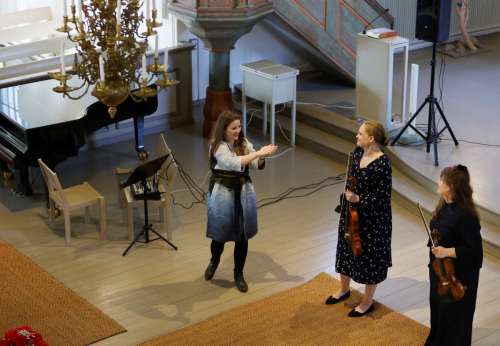 In similar vein, Damström’s Celestial Beings (2016) for violin and viola presents the listener with scintillating sonic threads, some played on strings, others hummed and whistled, yielding to the most refined aural experience. While Maier-Röntgen’s Trio and Pejačević’s Quartet were rooted in bold, romantic gestures, some other works, such as Harri Suilamo’s Unohduksen pisara (2001) for the kantele and all those miniature guitar pieces written for Petri Kumela’s Small Creatures series, called forth sublime attentiveness.

With proper planning involved, the festival programmes came off as organic entities, ones defying standard repertoire in meaningful ways, without making eccentricity an end in itself.

From a demographical point of view, the audience base seemed to be quite similar to those attending more conventionally programmed small summer festivals. Maybe a Beethoven quartet or a Mozart trio might have lured in a few listeners more, but playing it safe would have would have resulted in diluting the festival’s main goal.

All things considered, Musequal Festival remained true to its core ideology. Programming was aptly unapologetic throughout, and each musical work was performed with commitment and enthusiasm, while maintaining delightfully easy-going overall ambience. Still, one hopes that there will be wider audiences attending the festival in the future. Whether this is to be achieved by marketing, timing or logistics, remains to be seen, but in any case, these programmes would deserve to be played to sold-out crowds.