One of the international guests at this year’s Time of Music festival in Viitasaari is the music theatre company La Chamber aux échos. Its mission is to explore subtle connections between the various branches of the arts. Co-founder, director-dramaturge Aleksi Barrière considers collaboration with contemporary composers to be a key element in his work. Recently, one of his principal artistic partners has been his mother, composer Kaija Saariaho.

When the Paris-based experimental music theatre company La Chambre aux échos first visited Finland earlier this year, it gave a representative cross-section of its idiosyncratic style. First, they gave a music theatre production titled Violences built around music by Juha T. Koskinen and H.W. Henze at the Musica nova Helsinki festival. This was followed by a chamber version of Kaija Saariaho’s oratorio La Passion de Simone and a recital production titled Give Me A Few Words, based on classic contemporary vocal music works, at a festival of Saariaho’s work at Tampere Hall.

La Chambre aux échos will be in Finland again in July, this time appearing at the Time of Music festival in Viitasaari, where one of the main events is a stage-themed concert focusing on Saariaho.

The company was established in 2011 and is co-led by director-dramaturge Aleksi Barrière and conductor Clément Mao-Takacs. Aleksi Barrière, being of both French and Finnish descent, is pleased to be able to contribute to cultural public debate in his other home country this year. Combining music and theatre is his passion, and he believes that creative music theatre is capable of creating art that is uniquely in tune with the times.

“I’m interested in how people in different fields strive to work together. That’s also a challenge in society at large today. Tyranny is an efficient way of managing things, but bringing people together to create something that reflects all their views is a real challenge. Theatre is about having strong individual voices that nevertheless work together and engage in dialogue, instead of subjugating everyone into a singular magma of ‘total art’.” 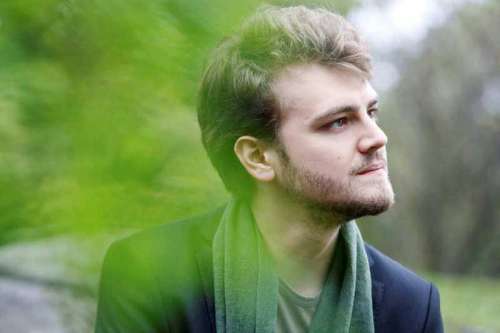 The power of associations

The chamber version of La Passion de Simone, premiered in 2013 and recently performed in Tampere, as noted above, has special meaning for Aleksi Barrière, as it is the first work on which he collaborated in an artistic project with his mother, Kaija Saariaho. Subsequently, the two have established a close professional relationship in addition to their family ties. In Viitasaari, Barrière’s company will perform his interpretations of Saariaho’s violin concerto Graal théâtre (1994) and her early music theatre work Study for Life (1981).

Listening to Barrière, one can easily understand the processual, communal method employed by La Chambre aux échos. The stage adaptation of Graal théâtre began with violinist Peter Herresthal presenting a request for a new approach to the piece. A visualised version was created in 2017, and then actor Thomas Kellner came on board; after experimenting with various texts, Barrière wrote the text for the production himself. This production was premiered in Oslo in spring 2018.

The text takes a tangent off the Holy Grail theme and plays on associations with tales of chivalry.

“I’m interested in starting off with music and free association, enriching the listening experience in ways that just would not happen in an ordinary concert: I want to work like the listener’s mind works in the audience, not depriving it of the power of its imagination but feeding it,” Barrière summarises his approach.

A quest for understanding

The way in which La Chambre aux échos works is never about music and theatre being two separate things brought into collision with one another. A subtle combining of art forms takes time, and Graal théâtre was no exception.

“We delved into the musical texture and searched for seams where we could cautiously interpolate text,” says Aleksi Barrière. Then Saariaho wrote minor adaptations into Graal théâtre to give the text space.

Graal théâtre was the first concerto that Kaija Saariaho wrote. Her son believes that the dialogue and drama inherent in the concerto form provided a stepping stone to writing operas.

Barrière says that he saw the violin concerto as the quest of a mythical hero, a journey to discover oneself and one’s own voice. The three arcs in the concerto are like three adventures during which the soloist discovers three ways of interacting with the orchestra. But what is the Holy Grail in this work? Barrière explains this by referring to philosopher Simone Weil, who described the Grail as the secret of unconditional compassion.

“At the end, you feel that the soloist has found a way to play with the orchestra, not just against it. That’s an interesting symbolic idea.”

An early work comes to life

The programme in Viitasaari also includes Saariaho’s earliest work for music theatre, Study for Life, which has not been performed since its premiere and is now given in a revised version. The text comes from The Hollow Men, a cult classic by T.S. Eliot, and the scoring of the work is quite radical: the score has staves for soprano, electronics and lights. From the dark poem of hopelessness, truth and light emerge.

“When we were working on Graal théâtre, we decided to bring Study for Life to life,” Barrière explains. One of the texts he flirted with when working with the concerto was The Waste Land by T.S. Eliot, which contains references to the myth of the Grail. In the final production, actor Thomas Kellner performs The Hollow Men in full in connection with Study for Life. Kellner also had a central role to play in the production Violences performed at the Musica nova Helsinki festival: he played two female characters exploring themes of power and resistance against a musical background.

The productions of La Chambre aux échos are typically a collage of various works and cultural layers. In Viitasaari, Saariaho’s works will be joined by the chamber orchestra work On the Guarding of the Heart by Djuro Zivkovic. Barrière previously collaborated with the composer in directing the premiere of his full-length liturgical drama Bogoluchie.

Aleksi Barrière considers it important to facilitate the creativity of composers. He believes that freelance musicians and particularly freelance music theatre companies are potential partners for fruitful collaboration. Composers need to be given the freedom to create but also the opportunity to be part of a group.

“For composers to put new music out into the world, particularly if they also want to use text, the flexible logic of an ensemble is needed. Opera houses frequently dictate the casting that is available, the partners and the timetable,” notes Barrière.

He has found that the presence of a composer forces the other team members to be more creative. “That’s why I’ve placed contemporary music and my relationship to composers at the core of my work. Collaborating with composers is a laboratory.”

Barrière finds it depressing that the wow economy of the music world today focuses on world premieres, the majority of works being forgotten thereafter. “For composers to be able to make a living, works have to be given multiple performances. I want to give works a new chance and to present new interpretations of them,” he says. According to Barrière, art cannot reflect the diversity of the world if we only know the classics and copy the recipes of old masters. Art is so much more than that. 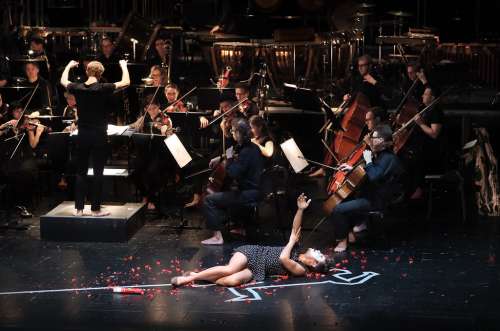 La Chambre aux échos: The Heart of Darkness in Viitasaari on 6 July 2019

Kaija Saariaho: Study for Life; Graal Théâtre
Djuro Zivkovic: On the Guarding of the Heart

Time of Music festival 2019: The Grammar of Light

Festival of contemporary music held in Viitasaari from 2 to 7 July 2019. The composer in focus is Kaija Saariaho, along with the late works of Stockhausen.

Artistic director Johan Tallgren has designed a programme delving into mysticism, sanctity and existential questions through the theme of light. The concerts range from cosmic immersion to intimate duos.

Between, the production of La Chambre aux échos, brings together Saariaho’s Study for Life and Graal Théâtre, accompanied by the new pieces by Sebastian Hilli and Matias Vestergård at Musica nova Helsinki on 3-6 February 2021.