The Tampere Biennale 2020, a contemporary music festival scheduled for April, has been cancelled to prevent the spread of the coronavirus. As a substituting programme, the Biennale and the Finnish Broadcasting Company Yle will organise a radio festival titled Tampere Biennale 2.0. Composer Jennah Vainio, the artistic director of the Tampere Biennale, spoke to FMQ about the scheduled programme of the event 2020 and about her work as a composer.

The Tampere Biennale 2020 has unfortunately been cancelled due to the COVID-19 pandemic. As a substituting programme, however, the Biennale and the Finnish Broadcasting Company YLE will organise a radio festival titled Tampere Biennale 2.0.

This festival will be broadcast on the Yle Radio 1 channel on 2-3 April, 2020, and after that at the Yle Areena website. The programme 2.0 consists of three recently recorded live concerts that took place in Tampere on 23-24 March, including chamber music performed by TampereRaw and the Tampere Philharmonic Orchestra, as well as Jan Lehtola’s organ recital. Read more here.

Opportunities to the overlooked

Composer Jennah Vainio is the new artistic director of the Tampere Biennale. She is known for her eclectic musical background, her interest in metal music and her idiom, which fuses elements from various sources.

“I wanted the festival to return to its roots, to the day of its founder, Usko Meriläinen: the degree of domesticity is high, all the music is local produce,” says Vainio. All the composers featured are Finnish or resident in Finland, and so are almost all the performers, including Uusinta-ensemble and TampereRaw.

This year’s four commissioned works at the Biennale are the thematic piece by Heidi Hassinen for the bells in the Frenckell bell tower in the city centre of Tampere, the orchestral work Water by the Sanna Ahvenjärvi – Tapio Lappalainen collective, and septets by Maria Kallionpää and Pasi Lyytikäinen. Nature and the environment are a theme that permeates all music at the Biennale this year.

In making repertoire choices, Vainio always had in mind a balanced distribution of gender and age.

“There’s a lot of ageism in Finland – there are young, emerging talents, and then there are middle-aged people who are not young enough any more but also not old enough yet. Among older composers we have the gurus and those who have not attained that status.”

Vainio notes that although the feeling in the field of contemporary music is that “I write it and they decide what to think about it”, listeners ultimately have very limited influence. Publicity easily breeds more publicity – yet there are people doing interesting things beyond the limelight too.

“Friends’ networks and gatekeepers at institutions have a great responsibility. There are many composers who have never been given a chance to prove themselves and who have no contacts,” says Vainio. As artistic director of the Tampere Biennale, she wants to provide opportunities to the overlooked. 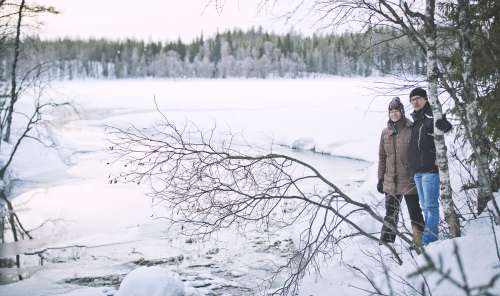 Courage to have your own voice

The stylistic plurality that Vainio explores in her own music manifests itself in her programme planning for the festival. One of the most conspicuous examples of this is having Ukkonen [Thunder] by rock musician Sipe Santapukki performed at a concert of the Tampere Philharmonic.

“In art music we often get stuck in our own groove. I combine a variety of stylistic elements in my vision of art music. I began my musical career in metal bands and ended up on ‘the other side’ – my life has been dualist in many ways!”

Vainio’s biological gender at birth was male. Through the gender reassignment process, she acquired the courage to be who she is, and this affected her creative process too. Vainio has often felt herself to be an outsider in the field of music. “I didn’t change so much as a person, but I became bolder at doing my own thing, exploring my own voice. Age also helps, it brings serenity and confidence,” she says.

As a composer, Vainio aims for her music to be compelling and touching.

“I feel that music must be about a human being speaking to a human being. I tried to be an academic composer when I was younger, writing music for my colleagues rather than for myself or for the audience. Now that I’m older, I couldn’t care less about that and try to discover myself in every piece I write. I increasingly feel the need to let the music sing and leave its mark on the listener and the need also to enable those listeners not so well acquainted with this art to find something in it that they can identify with.”

Some of Vainio’s works, such as the popular Fujiko’s Fairy Tale for beatboxer and orchestra, are emphatically crossover works. In others, the non-classical influences are subtler, but the composer’s background in metal music can always be somehow sensed – whether in melodic material, riff-like accompaniment textures or relentless progression.

“There’s only two kinds of music, good and bad. If you find that a particular kind of music speaks to you, then it’s good music, and you don’t need to care about what others think. Having said that, it’s difficult to go against the consensus at large.” Vainio relies on her own experience of quality in selecting composers for the Biennale. 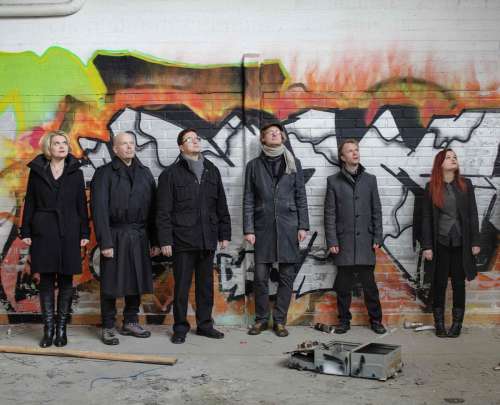 Writing music with an electric guitar

In her day job, Vainio is a music consultant for the Finnish Composers’ Copyright Society Teosto. Judging by her commissioning calendar, she is going to have to take a leave of absence soon. “I’ve been able to write choral and piano works alongside my job, but I need more time for larger-scale works!”

Her recent commissioners include the Kaari Ensemble and Juvenalia choirs. Vainio likes working with text, recently particularly with the work of American poet Sara Teasdale. “It makes me think of the band rehearsal room when I was younger, with everyone throwing ideas around. Text helps you feel you’re not alone! Sara and me really hit it off,” she says with amusement.

Soon she will be working directly with an author, as she is planning an opera – her first – in collaboration with Maritza Núñez. She is also working on a flute concerto for Sami Junnonen, and in 2024 she will be making an appearance in Helsinki Variations, a grand series of works commissioned by the Helsinki Philharmonic.

Vainio says that she typically starts with a title, and she has a habit of collecting potential titles for new works. Some of her sources of inspiration are esoteric, such as alchemy, and she also finds inspiration in the natural environment, as for instance with the orchestral works Frozen liquid (2001) and Winterborn (2008).

Jennah Vainio’s own instrument has always been the electric guitar. She ended up in classical music in the wake of the idol of her youth, Swedish Neo-Classical rock legend Yngwie Malmsteen, who declared Vivaldi and Bach as sources of inspiration. Vainio still plays the guitar actively and uses it as a composition tool.

“Many composers think via the piano, while I think via the guitar, and that influences my composition process,” she says. “With the guitar, you have the immediacy of touch, you can do so much with just one note. The guitar brings a spontaneity of expression to my music and fosters a smooth and melodic flow.”