In many respects, Finland is held up as a paragon of equality. Yet even now in 2018 equality has not been fully attained in the music sector. There is a drive to level the playing field, using tools developed jointly by operators in the field.

At the Music & Media event held one year ago, a decision was made to draft a set of six theses to foster equality and diversity. These are principles to which operators in the Finnish music sector may commit. By signing the theses, companies and organisations undertake to draw up an equality and non-discrimination plan and to comply with it, among others.

At the time of writing (September 2018), more than 100 Finnish organisations and companies have signed the theses.

Change begins with structures and attitudes

One of the signatories to the equality theses is LiveFIN, a network for music events in Finland. LiveFIN is active in the field and is currently promoting and designing practical tools based on the theses. “The main thing is to start a discussion about the anomalies in the music sector, because above all this is about changing attitudes,” says Salla Vallius, executive director of LiveFIN.

Achieving equality is a long-haul campaign, and the first prerequisite for change is acknowledging that change is needed. This is a substantial challenge in and of itself, because the prevalent attitudes and practices in the sector have become established over a long period of time.

“There are people out there who refuse to see the problems inherent in the structures,” says Vallius with chagrin. One problem she mentions is that woman performers and other women employed in the music sector constantly have to deal with their professional competence being belittled. “Discrimination like this can be difficult to prove in practice.”

As a potential change agent, Vallius names booking practices. This summer, it was noted in the news that only one in nine performers at Finnish music festivals are women. Change and variety can be achieved in the range of performers by focusing more attention on whom to book. Club organisers and booking agents play a major role in this and have great responsibility.

“People shouldn’t be able to hide behind the claim that they cannot book woman performers because there are none available. We have to look beyond the major venues and ask where the performers are who are conspicuous by their absence from major events, and then make an effort to feature more of them.” 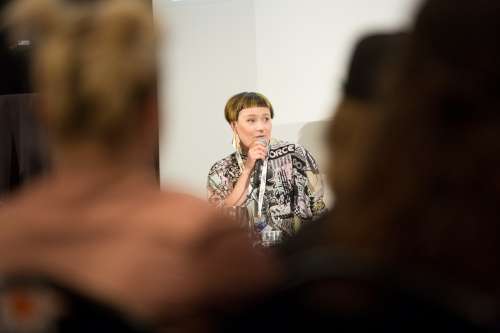 Customised plan for each workplace

The unequal distribution of jobs in the music sector is not confined to the managerial level or to artist rosters; it is pervasive throughout the sector. The same is true of Finnish working life in general.

“There must be a collective will to achieve change. Otherwise it will not happen. But we don’t want to preach; we just want to remind people that when equality is served and more voices are heard, this will generate wellbeing in all areas of working life,” Vallius notes.

It is easy enough to sign the theses of equality, but what does complying with them mean in practice?

Another goal is to learn to identify harassment situations, for instance. This requires training and resources, and there are now plans to create a materials databank that can provide support in a variety of situations.

Vallius stresses that it is important for all parties to collaborate. “I believe that by doing things together and focusing on solidarity, we can achieve more than just by retreating into our respective cliques. Equality should be a shared goal, and we should all be able to enjoy it.” 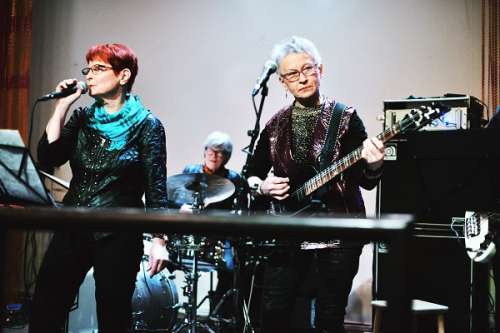 Diverse, accessible and pluralist music – some examples from Finland

- Theses for promoting equality, non-discrimination and diversity in the music sector

- At Our Festival in 2017, all the performers were women. In an interview, artistic director Pekka Kuusisto said he wished though that this would not need to be singled out for attention in this day and age. “Equality has seeped into the DNA of Our Festival and is apparent in the festival content, although we don’t tout it in our press releases,” say the Kamus Quartet, currently artistically in charge of the festival.

- The performers invited to the FemFest festival in Turku in September 2018 were women, trans and non-binary persons, and men performing with them. “We want to provide a stage for performers who inhabit margins. We did not exclude any genres, and artists did not have to be well known or have published widely or have a ton of followers on Facebook to be accepted to perform,” says Tiina Käpylä, producer of the music programme at FemFest.

- Provinssirock, one of the largest rock events in Finland, declares on its website that it is 100% equal. The event has a zero tolerance policy regarding discrimination and harassment on the basis for instance of gender, ethnicity, skin colour or sexual orientation.

- The Ruisrock festival has committed to ten accessibility promises that it promises to improve continuously. It is also involved with the ‘Music Belongs to Everyone’ project, where materials to support communication are produced employing pictograms and simple language.

- At the Tampere Biennale 2018, nearly 45% of the works performed were composed by women.

- The Music & Media event requires that all its employees undertake to uphold the equality and non-discrimination principles of the event. These include safety, inclusiveness, gender sensitivity and accessibility. Everyone registering for the event must also commit to its values.

- In spring 2018, the Finnish Musicians’ Union conducted a survey among its members concerning sexual harassment in the music sector. The purpose was to explore how common sexual harassment is and what typical situations are like, and also to gain knowledge of how the matter is generally viewed in workplace communities in the sector. The survey revealed that sexual harassment and other discrimination are experienced the most in the music sector by women, young people and freelancers. The survey responses showed that there is a need for addressing harassment, and some concrete ideas on how to do this were also given.

- Resonaari is a music institute based in Helsinki that has brought an alternative approach to the Finnish music education system. It facilitates goal-oriented musical activities and vocational education in music for people excluded from ordinary music institutes.

- Mental Beauty Records (MBR) is an online community of music creators and performers, aimed at recovering mental health patients who are interested in making music.

- Pertti Kurikka (of the Pertti Kurikan Nimipäivät band) has founded a shop and gallery called Pertin Valinta in Helsinki. It has a selection of artworks, recordings and books by ‘outsider’ artists. Pertin Valinta also forms its own art community, 'an outsiders district of Helsinki', organising art workshops and projects and bringing works by Finnish outsider artists to the attention of international audiences.